There are six logic gates: OR, AND, NAND, NOR, XOR and XNOR, each defined by a truth table constructed from two inputs and an output. In accordance with De Morgan’s laws, these can be sorted into three mirror opposite pairs: OR/AND, NOR/NAND and XOR/XNOR. When the truth tables are sorted strictly into mirror opposite pairs, such that the inputs and outputs are constructed from four ordered polarities, it can be seen that the truth tables differ from one another only in the areas shown in colour below. 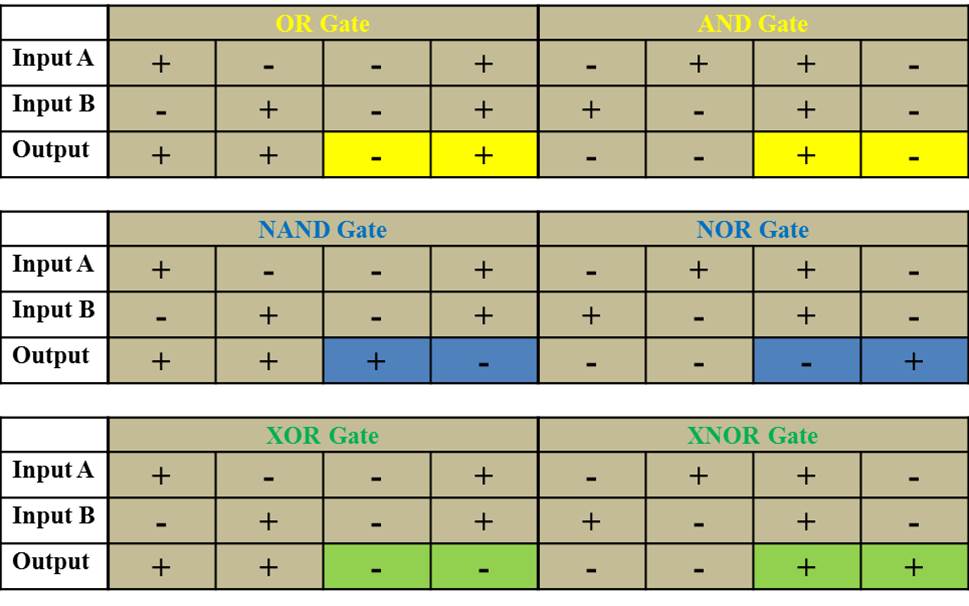 The six truth tables can be interconverted by sliding the third or fourth columns of polarities relative to the other columns.

An isomorphism can be identified between between the construction of the six logic gates and the new mathematics. 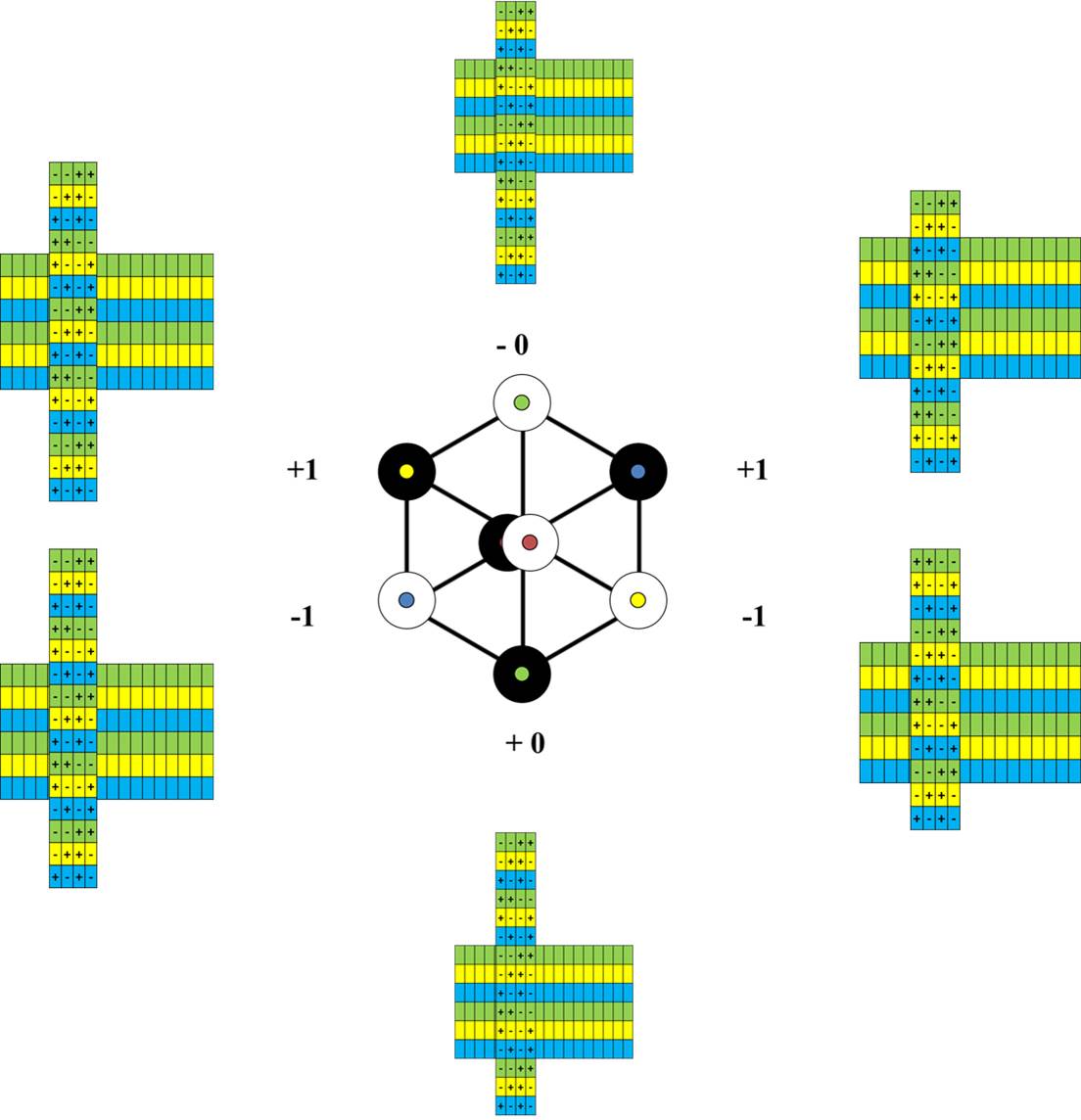 Moreover, they way in the six numbers in the new mathematics are linked together can be related to entanglement. 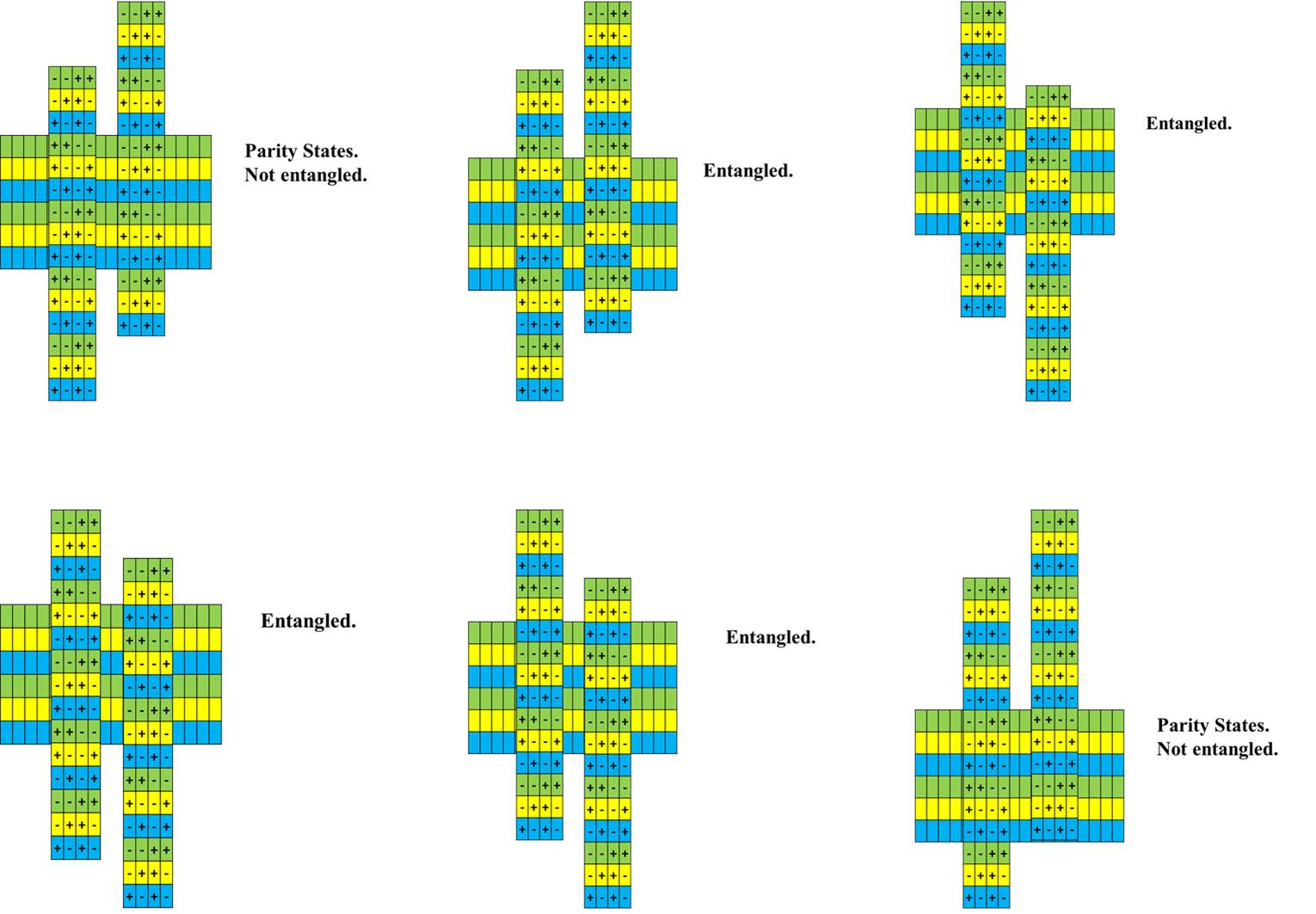 The new mathematics is constituted in oscillation between XOR and XNOR. 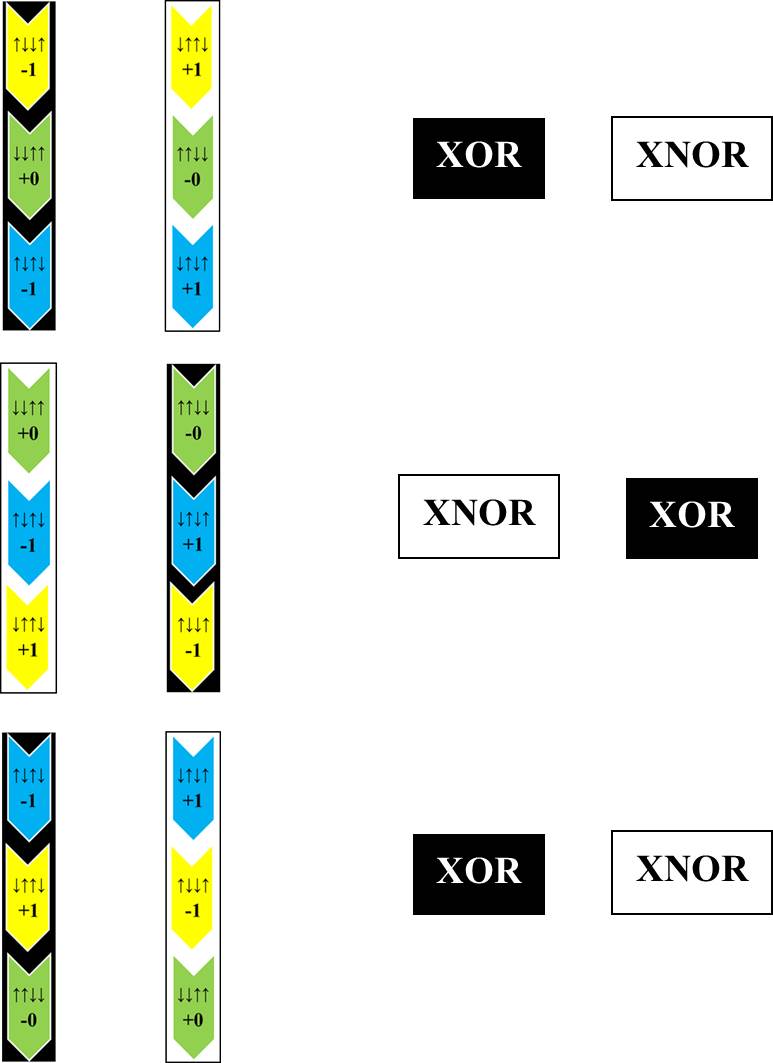