This section describes a game that was invented in the course of the development of the new mathematics. Each token space in the game is in a state corresponding with one of the six numbers in the new mathematics. The moves in the game were devised by thinking about the properties of zero and relating these to ownership states (mine, yours, everybody’s, nobody’s) in token spaces from each player’s point of view, and to the contraction of muscles in antagonist pairs on the left and right sides of the body. The invention of this game was instrumental in arriving at a formal definition of the new mathematics.

The game was originally conceived to be played using discs as tokens, the appearance of which gave rise to the chiralkine mark. The new mathematics was inherent in the rules of the game. 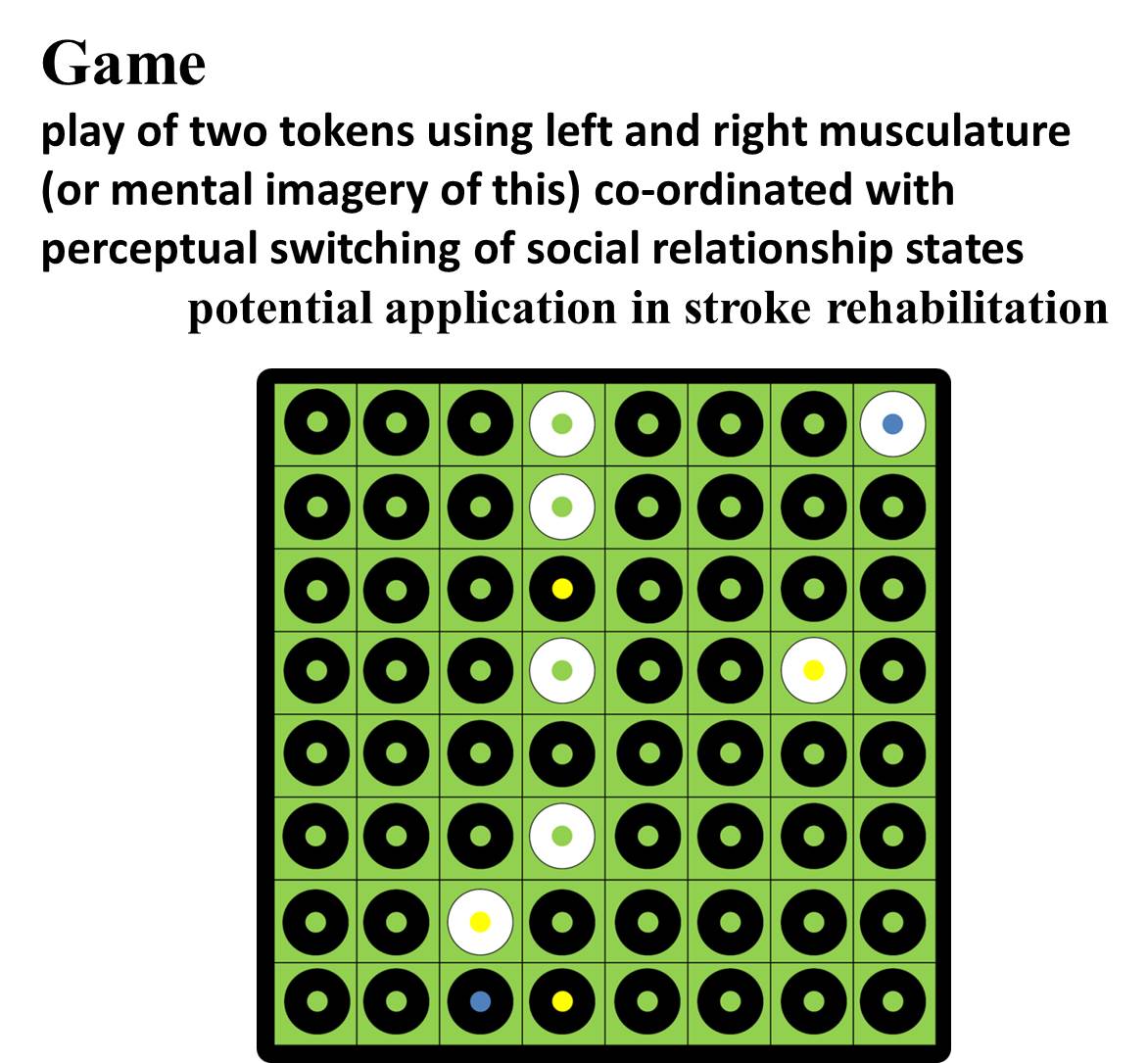 The rules of the game are based on properties of zero, but with a twist that mutual negation is noncommutative. 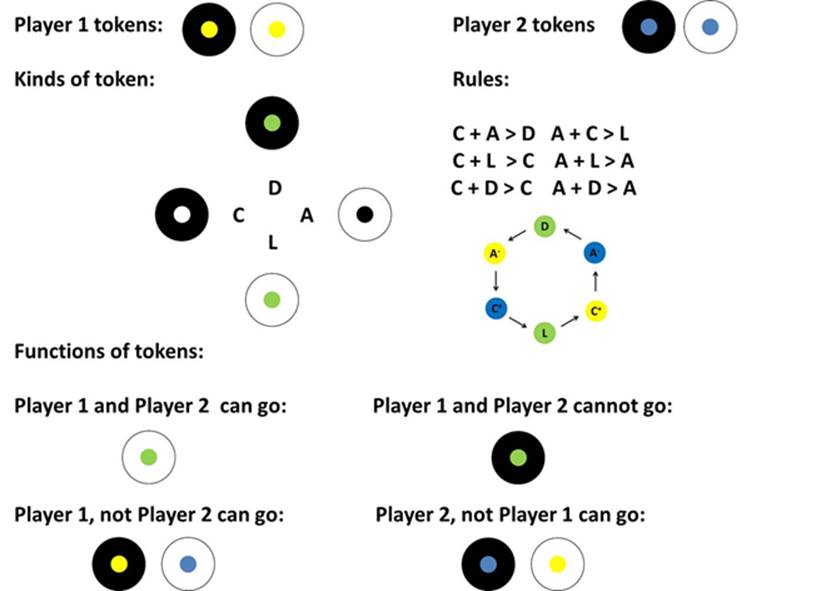 Later a game apparatus was invented that physically embodies the six states in the orientations of chiral tetrahedrons rolled around complementary hexagonal spaces on a game board. 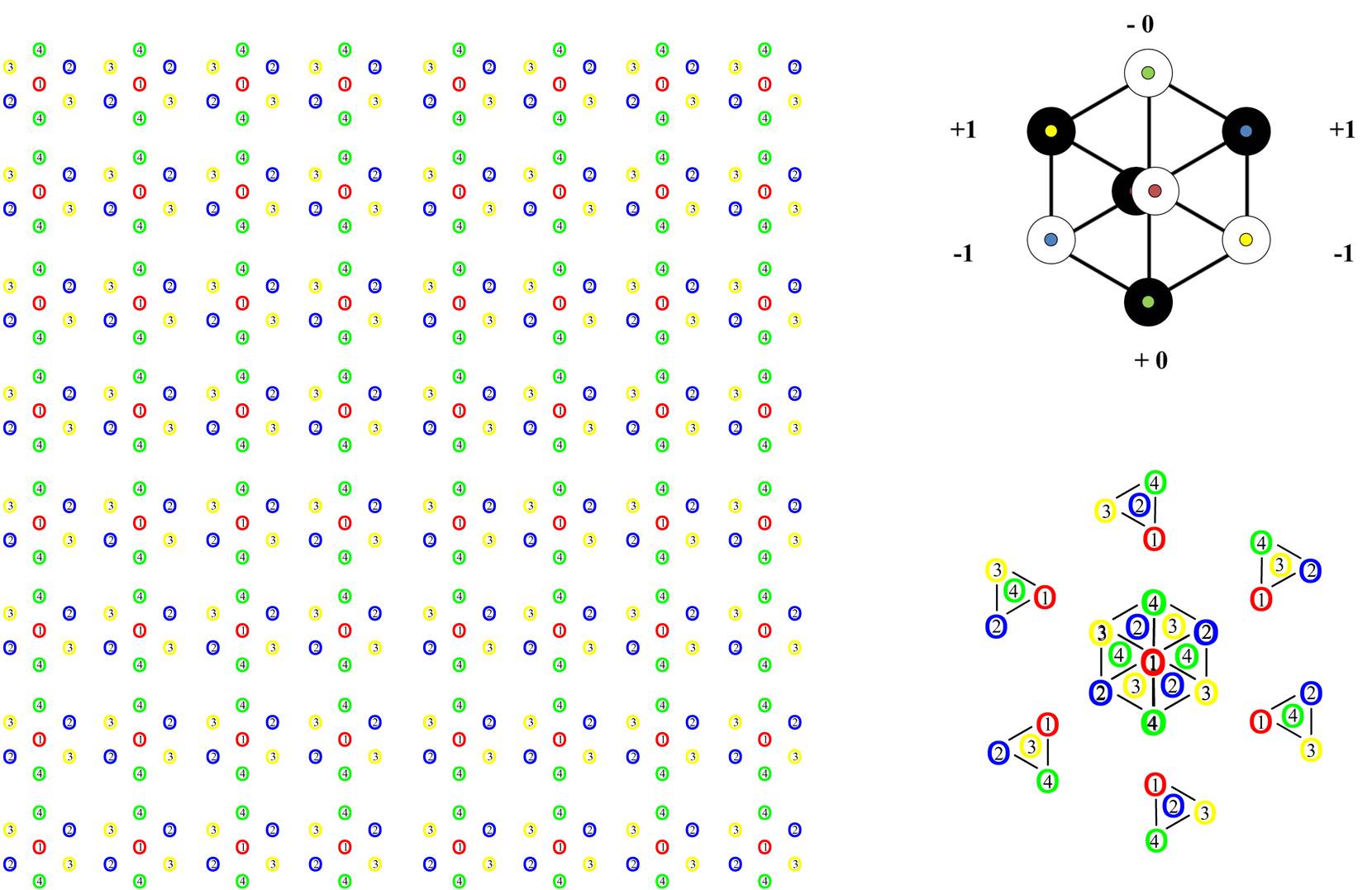 The game apparatus (chiral tetrahedron tokens and game board) looks like this: 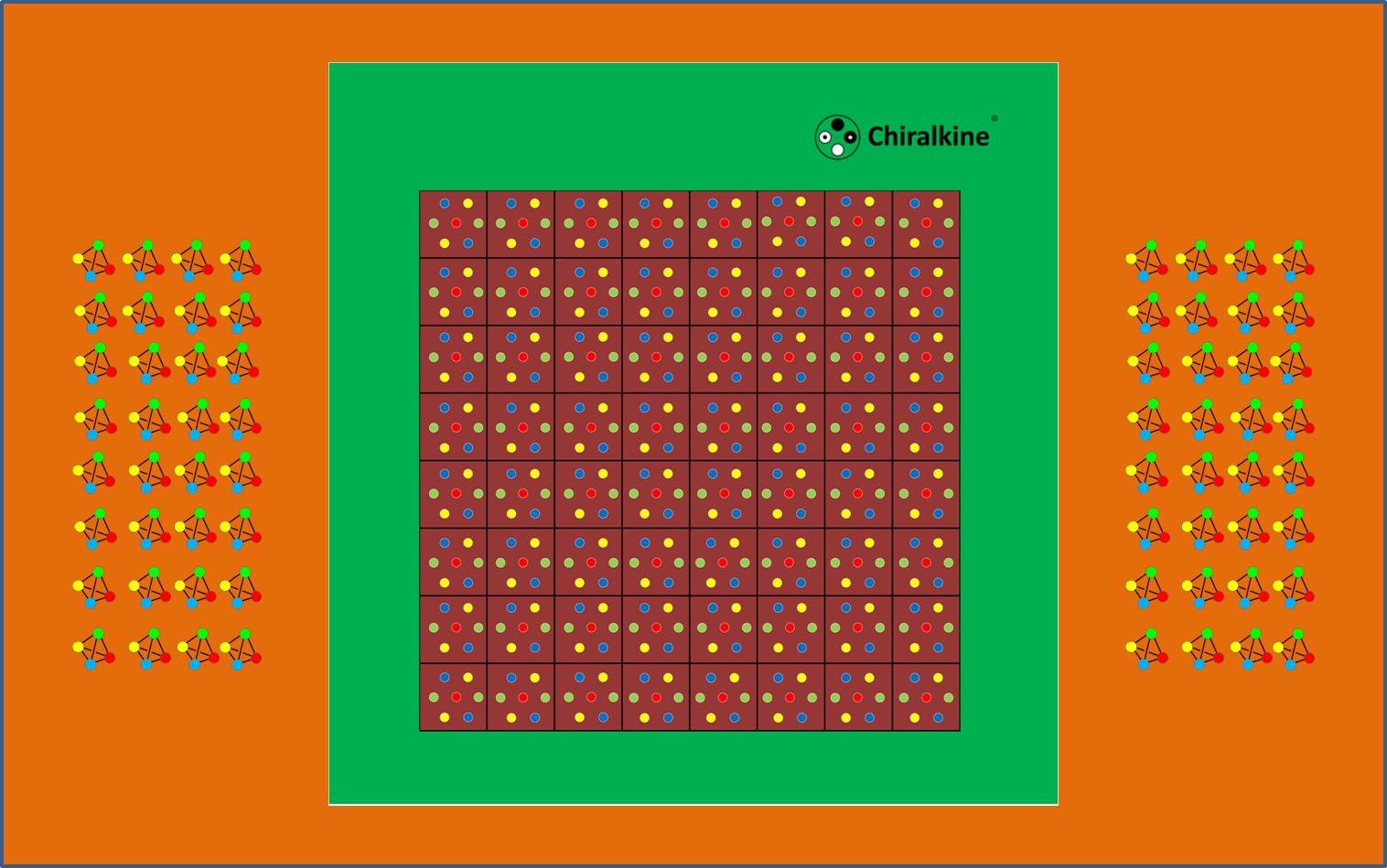