When two numbers interact, they do so reciprocally by exchanging polarities like people engaged in reciprocal trade. 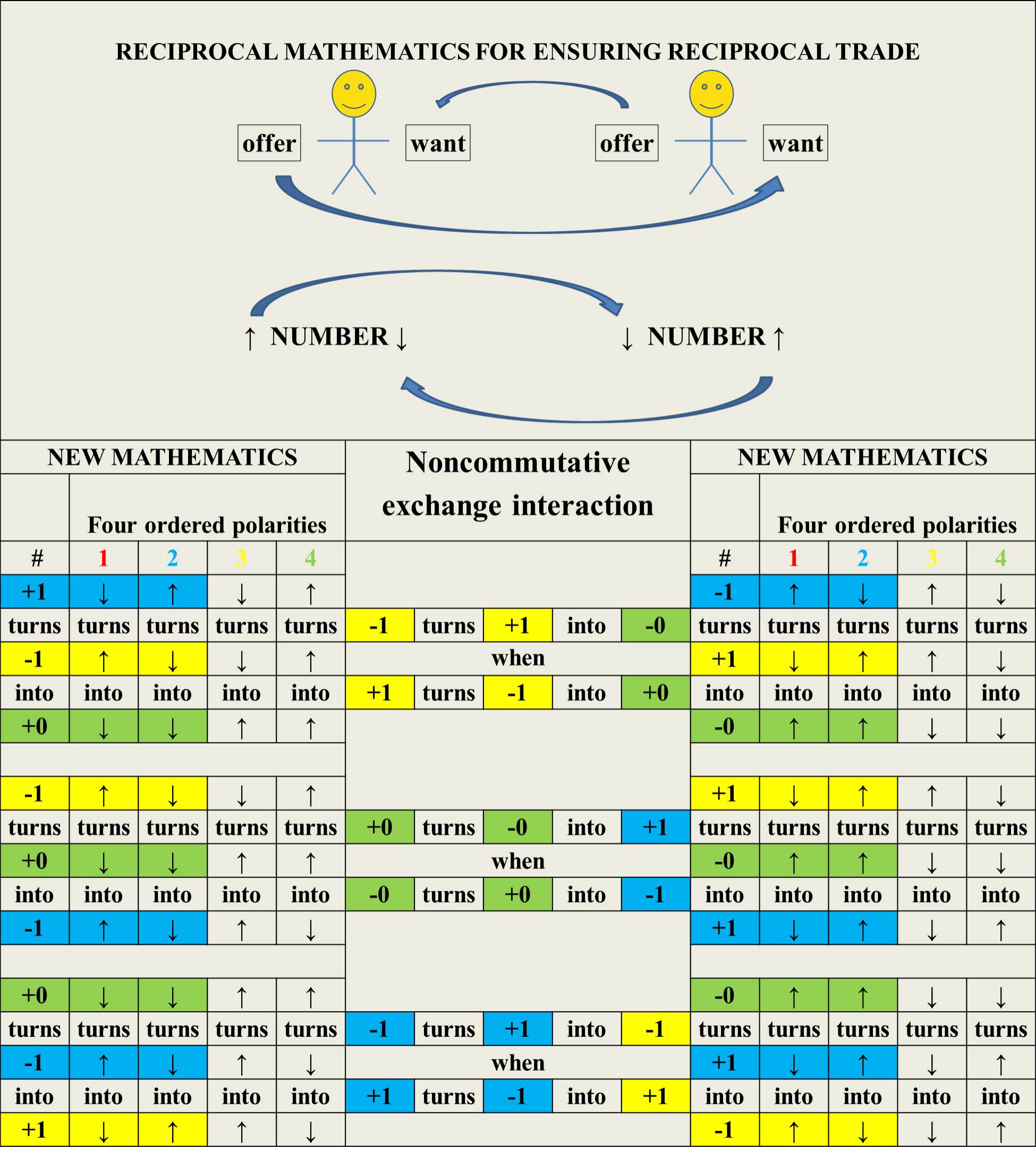 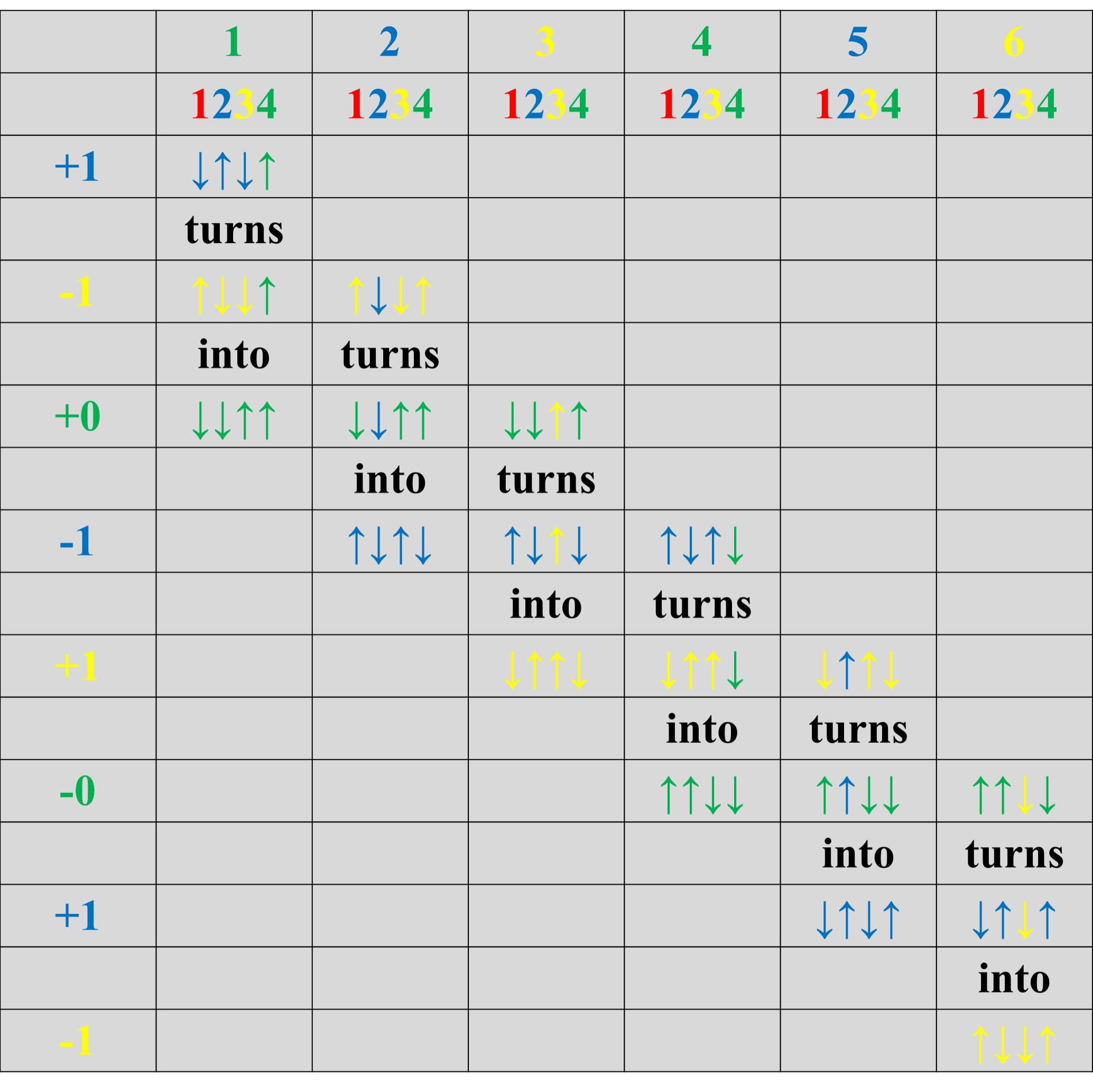 The properties of the numbers can all be related physically to rotation of space.

Because all of the properties of the numbers can be related to the physical world, the new mathematics can be used to design physically interacting components from which new technology can be built.

The technology, being constituted in ordered cycles, can process information about economic relationships equitably, for example as in the exchange of goods and services and voting/decision making. It could be developed as an equitable alternative to money. It offers a new solution to the double co-incidence of wants problem inherent in barter (↑ ↔ ↓ when ↓ ↔ ↑).

The objective of the chiralkine project is to motivate students, scientific researchers, social entrepreneurs and government agencies to experiment with the new mathematics and prototypes that apply it. Invitations to speak, provide workshops or generally participate in activities at schools, colleges, universities, businesses, government agencies and scientific societies are warmly welcomed. 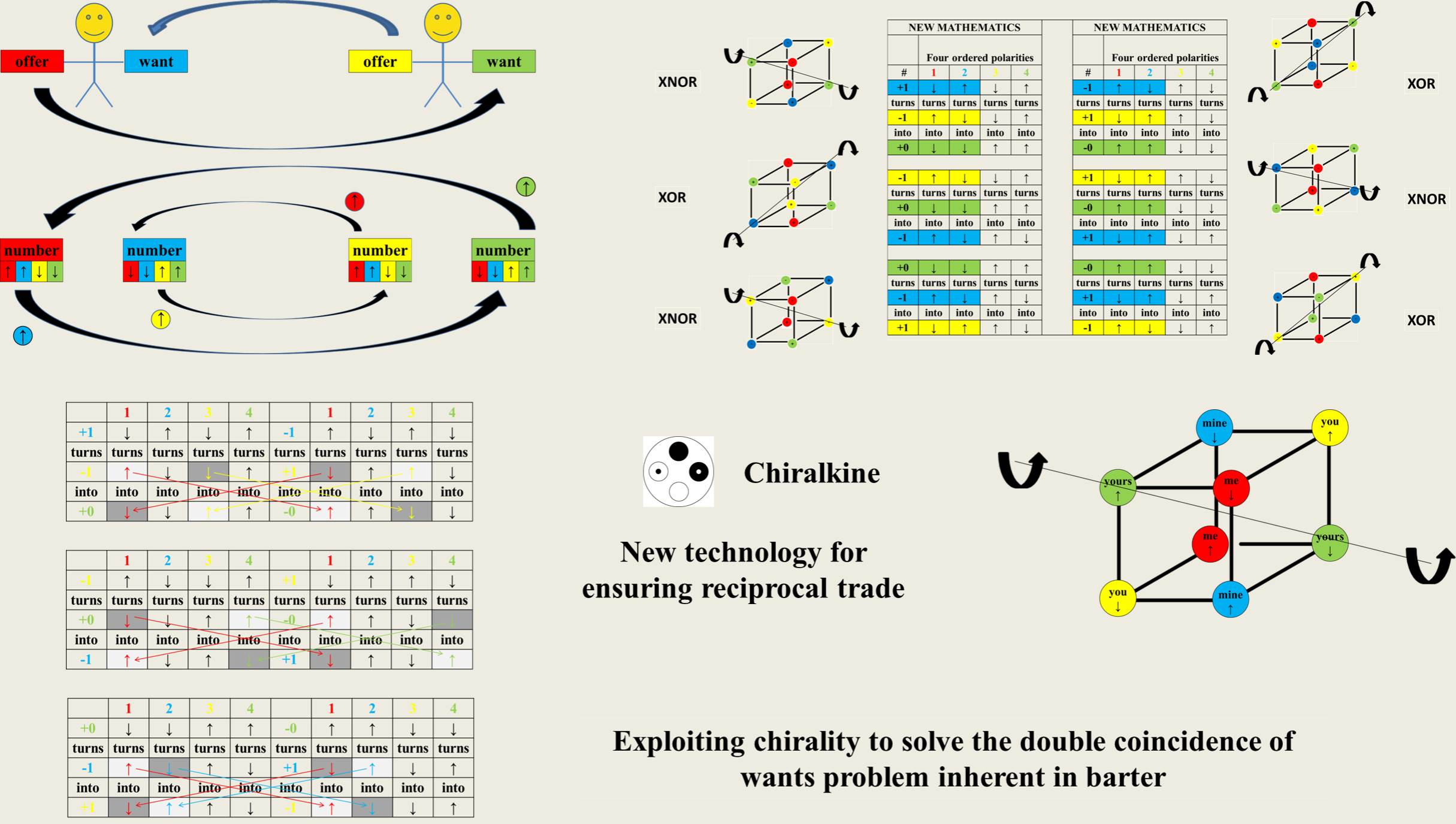