In mathematics, two objects are considered to be distinct unless they are equal. The difference between two objects that are the same is nothing.

As discussed in the page Zero Debunked, the signed integers, +1 and -1 and zero are represented by ordered pairs of numbers, each of which has a consistent meaning derived by drawing a distinction between 1 and 0 such that 0 means the same and 1 means different (XOR in Boolean logic). 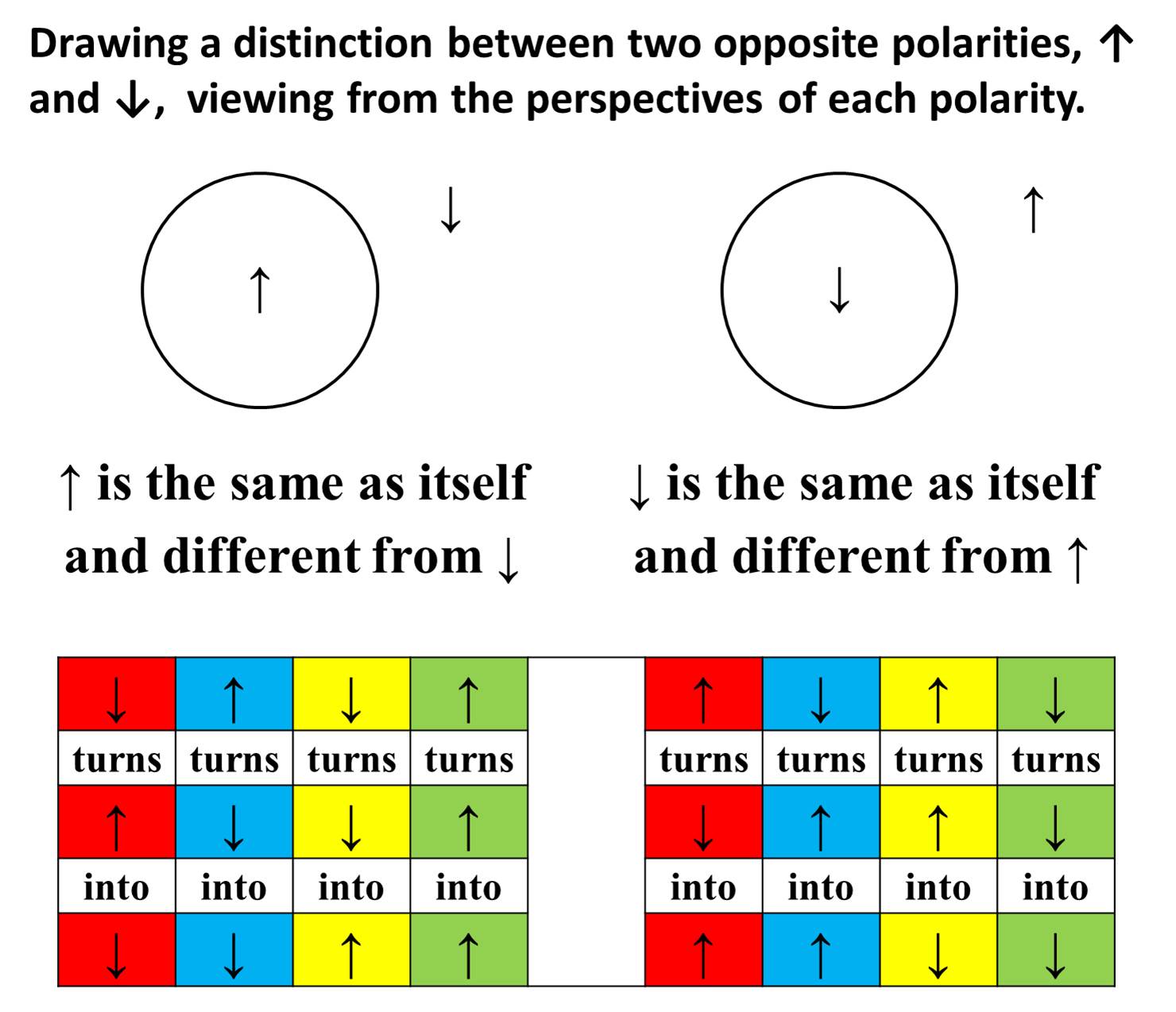 The two sides are related as Boolean XOR to XNOR. Like the  truth tables for XOR and XNOR, the tables on the left and right sides are mirror images of one another. However, ↑ and ↓ do not have the true and false significations of 1 and 0 in the truth tables.  Distinction is conserved, such that comparing a polarity with itself on one side yields a polarity different from that yielded by comparing the polarity with itself on the other side. The process of drawing a distinction is made non-commutative. The absolute meaning of nothing (zero) as the difference between two equal things, which requires a cancellation step to maintain the commutativity of equations, is given up, but what is gained is a new, relativistic arithmetic rooted in non-commutative operations that accords with the real physical world.