We can count objects having a physical identifier that enables us to perceive each of them within a boundary. The order in which we count them does not matter: the amount counted is a conserved property of the objects. When we are counting the objects, we count only those of the objects within the boundary that are distinct, not any outside the boundary or that are the same as any we have already counted. Hence after counting an object we have identified as A, when we come to an object we now identify as B (e.g. a coin that has been rotated from heads to tails), we count B if B ≠ A, but not if B = A. When B and A are the same, the difference between B and A is, by definition, nothing (0). 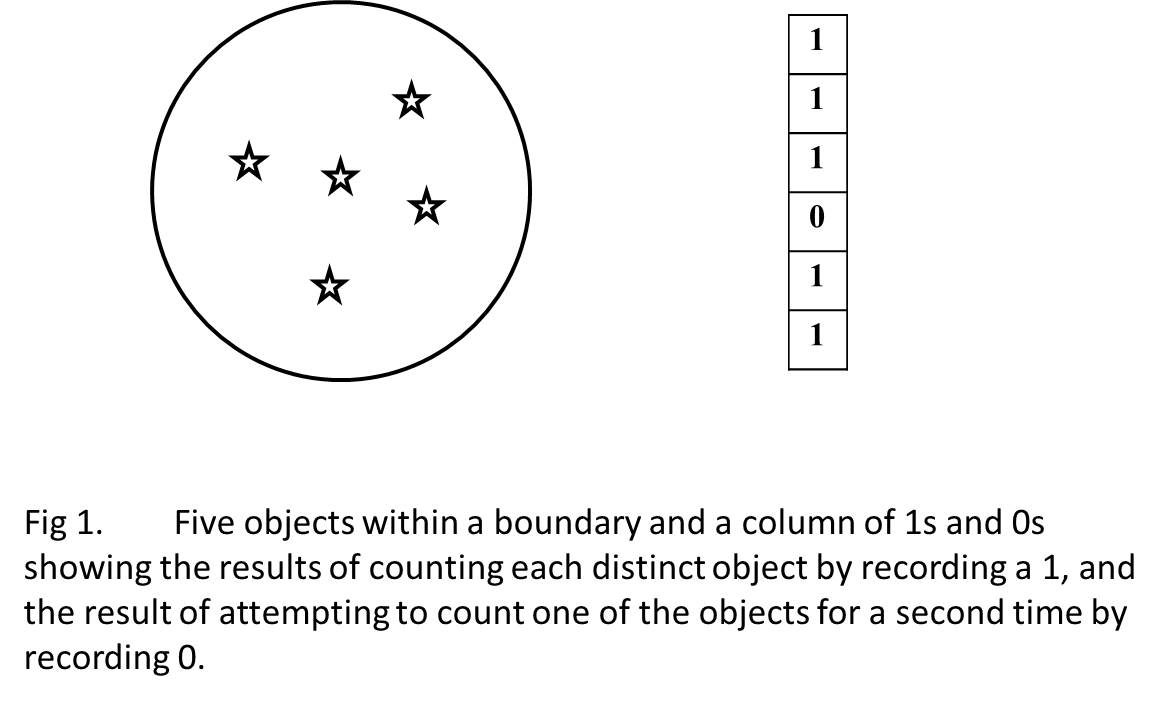