This website invites the reader to do something that to a traditionally trained mathematician borders on heresy: to stop believing in zero (nothing) and rely instead on the physical properties of real things to perform computation. It debunks zero and proposes new mathematics in which each element has a physical construct.

How could something as mathematically perfect as zero possibly be the cause of any trouble at all?

To see the problem, you need to express the rules of equations using ordered pairs of symbols, as is done in double entry book keeping. 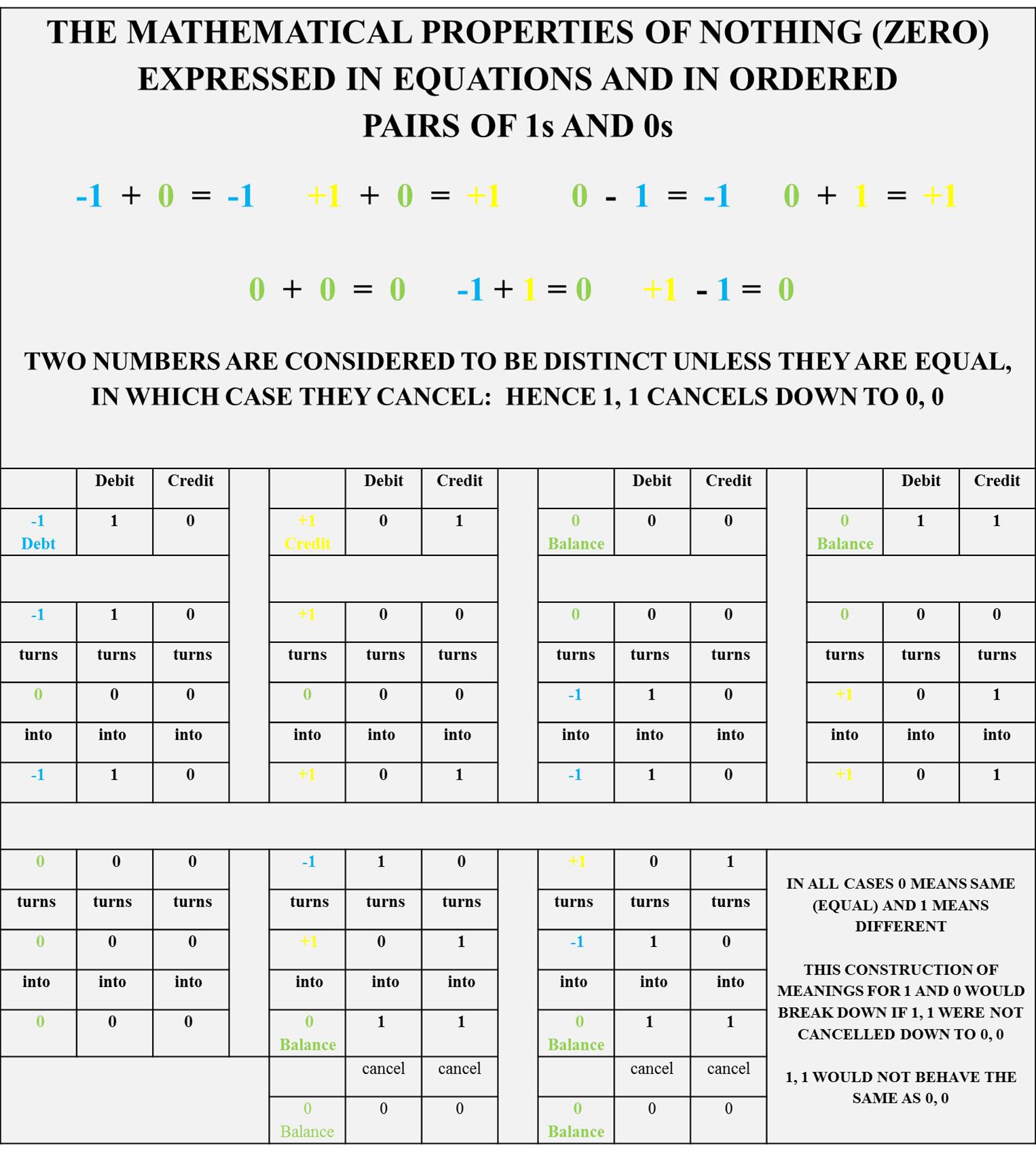 Nothing (zero) is a mathematical fairy at the bottom of the garden. It is not a point on a number line between +1 and -1 or the origin of a set of axes. It is a chimera. It needs to be debunked.

Traditional mathematics is a religion. Adherents believe in nothing: one absolute nothing.