The construction of equations is incomplete, which causes inequality

The construction of equations (1 – 1 = 0) is incomplete. This incompleteness causes inequality (1 ≠ 1). The side of a relationship represented by one of the 1s is privileged over the other. This privileging manifests in inflation, poverty, nationalism, authoritarianism, conflict and environmental degradation.

Equations are constructed from a pair of mutually exclusive symbols (1 and 0) having mutually exclusive absolute meanings: (1) meaning distinct, countable and (0) meaning same, not countable. However, the very act of constructing meaning for the symbols requires that they be processed in triplets: two numbers (1 and 1) are compared to generate a third number (0): hence (1 = 1; 1 – 1 = 0). Thus equations reduce two numbers defining a relationship to one number, which represents the difference if any between them. This drawing of only one distinction between two numbers privileges one side of the relationship over the other and erases the history of the relationship recorded by the two numbers.

The construction of equations needs to be completed. The difference if any between two numbers defining a relationship needs to be represented by two numbers, one from the relative position of each to the other. This is achieved by additionally working with mirror opposite, mutually exclusive meanings for the symbols (1 and 0). Thus in a relationship defined by the two numbers 1 and 1, the difference between them is 0 (meaning same, not countable) from one relative position and 1 (meaning same, not countable) from the other. The new mathematics is non-commutative and works stepwise in cycles, not in equations. In each step, two distinctions are drawn between two numbers. The numbers remember their antecedents and anticipate their successors. 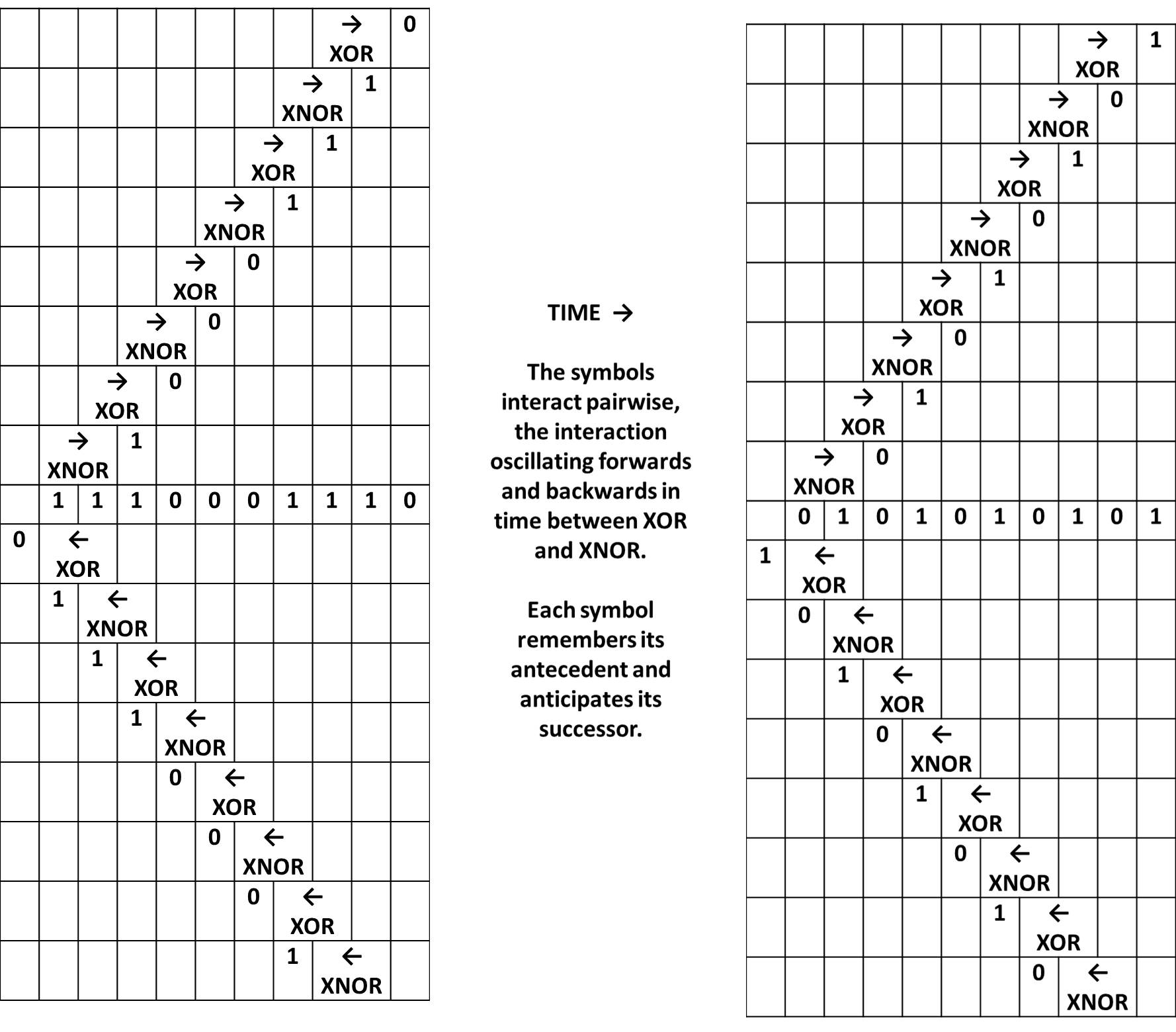 In our global economy run by equations, credit (+1) and debt (-1) are created out of nothing (0). Governments routinely make use of central banks to create money (+1) and debt (-1) from nothing (0) to offset deficits in their tax revenues, a process known as quantitative easing. The two 1s in +1 and -1 are not treated symmetrically (1 ≠ 1). You can buy things by transferring money (+1), but you cannot sell things by transferring debt (-1). There is no obligation on the party receiving created money to spend it in a way that cycles it back to the party receiving created debt, so more and more money needs to be created to protect the most vulnerable in society, while money accumulates in the hands of a few and drives up asset prices.

Unlike equations, the new mathematics is reciprocal: it treats the two sides of a relationship symmetrically.

All applications of the new mathematics must be treated as experimental. These applications will not appeal to many of those who stand to gain from the bias inherent in using equations. However, they might just be found to bring about some much needed stability, which is why the contents of this website are offered up for consideration.