Perception of Colour, Black and White

The new mathematics might find application in the representation of colour, black and white and in modelling the perception of these.

Colours, black and white are perceived in categories, not in a continuum. This has been related by some experts to language, but recently song birds have been shown to perceive colours in categories like humans (Eleanor M. Caves et al, Nature, 01August 2018 (Categorical perception of colour signals in a songbird).

The modern theory of colour perception is described by Micheal Kalloniatis and Charles Luu. Note Figure 16.

The modern theory of human colour perception is based on an understanding that there are three different kinds of cone, which have different sensitivities to light across the visual spectrum, and that excitatory and inhibitory signals produced by these combine to give the full range of conscious experience of colour, black and white. In descriptions of the theory, the colours red, green and blue are often assigned to these cones, but this is not quite accurate, because perceived colour is defined by a relationship. There are four objects in this relationship: the three cones and a fourth object: excitation/inhibition. Thus, three oppositional pairs of states arise out of this relationship: black/white; red/green and blue/yellow.

It appears that this arrangement could be modelled using four ordered polarities in the same way as the Necker cube effect using the new mathematics and rotation of cubes having eight corners and six sides. The six sides of the cube would consist of three oppositional pairs: black/white, red/green and blue yellow. Black and white would correspond with +0 and -0. 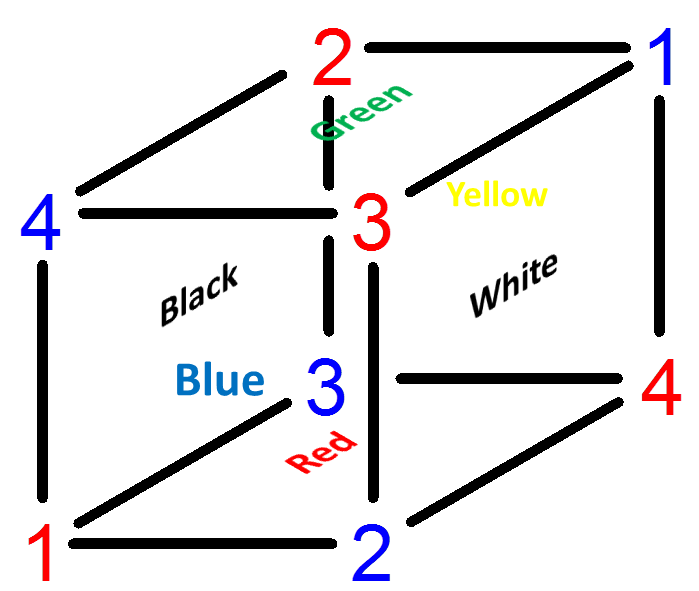