Powers of the square and cube roots of minus one

The  powers of the square root of minus one form a cyclic group of four numbers: +i, -1, -i. +1. Multiplication by i is related to rotation by 90 degrees. Consider Euler’s formula:

and its three derivatives (calculus): icosΘ – sinΘ; -cosΘ – isinΘ; and -icosΘ + sinΘ. The polarities of the real and imaginary parts form ordered pairs:

This pattern of polarities can be seen in the new mathematics if one of the three mirror pairs of numbers is removed. 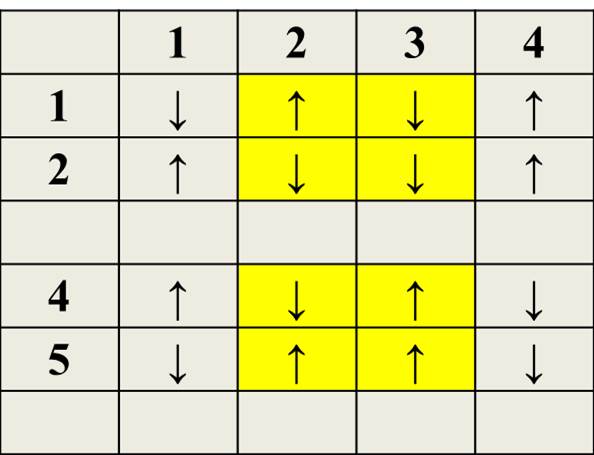 It corresponds physically with rotation of a cube through 90 degrees about an axis defined by two opposed faces.

The six numbers in the new mathematics are related to the six powers of the cube root of minus one. 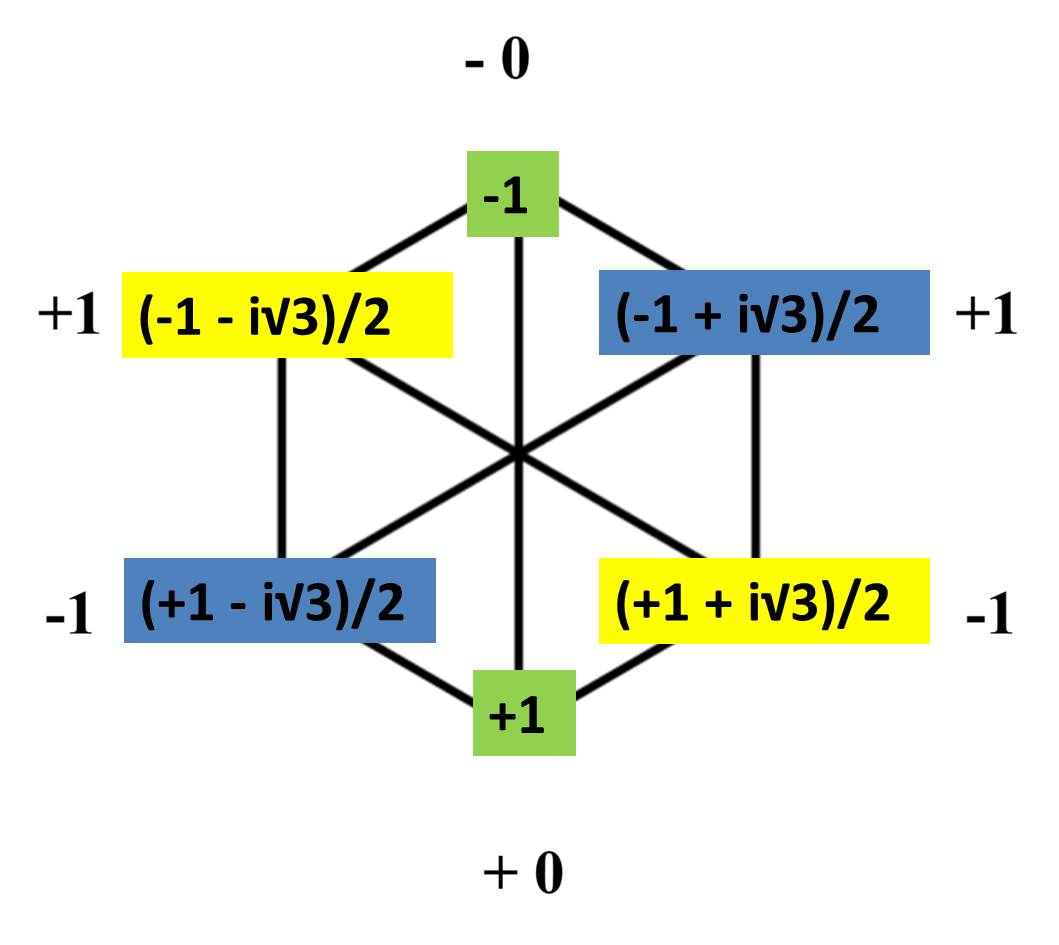 Two of the powers are real and four are complex (a mix of real and imaginary).

From the foregoing, it appears that it is the application of the same multiplication rules to the real and imaginary numbers that gives rise to the structures of the roots of unity.  Representing numbers as four ordered polarities that switch provides a simplified relationship between them.