This series of pages introduces the new mathematics in comparison with traditional mathematics. 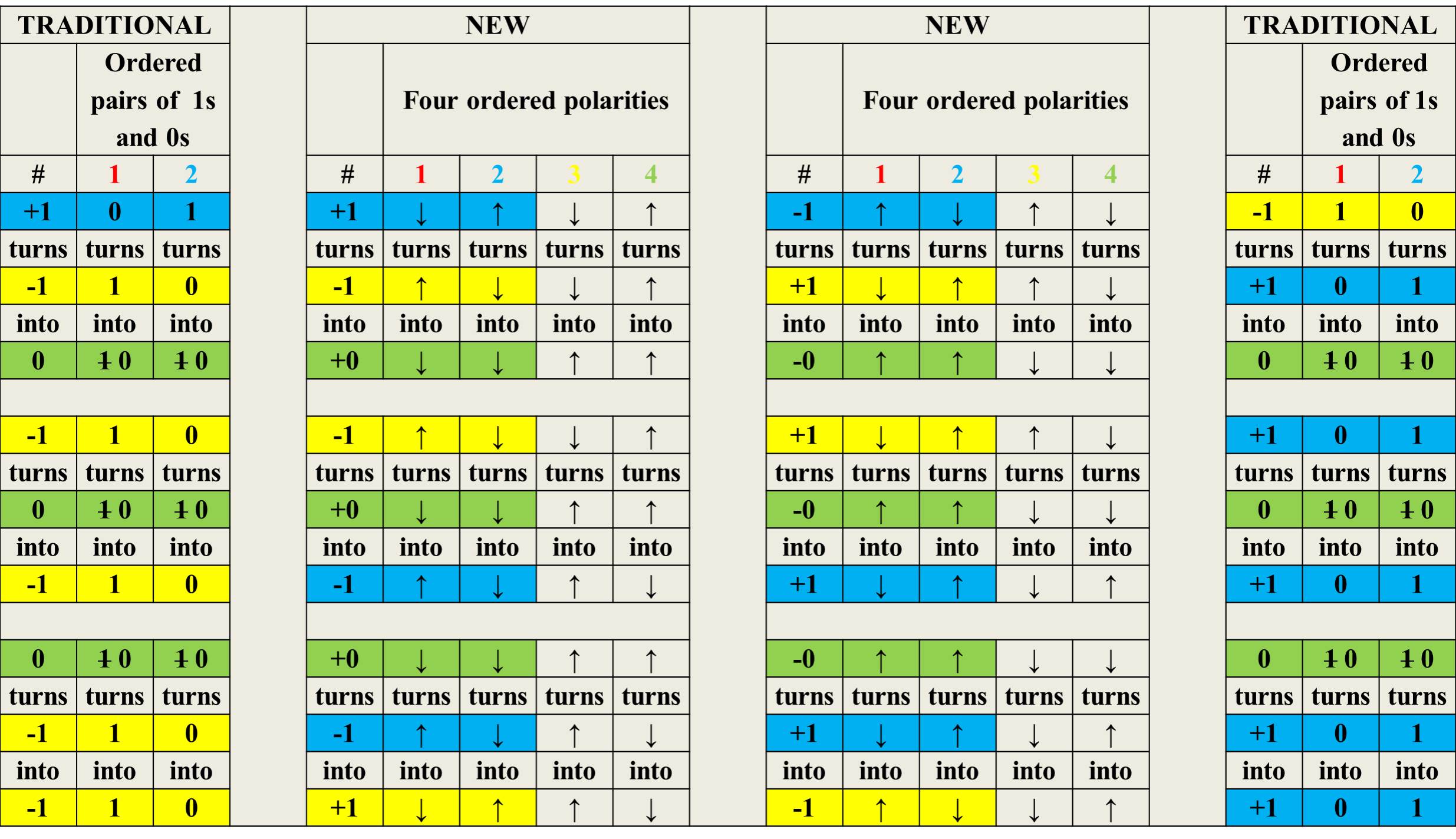 Traditional mathematics is constructed out of nothing: the difference between two things that are the same (e.g. 1 and 1 or 0 and 0). Nothing is commonly thought of as the balance position of weighing scales, which scales can rotate between three positions relative to an observer under the influence of gravity, but nothing actually has no physical properties. It is an invention of the mind. 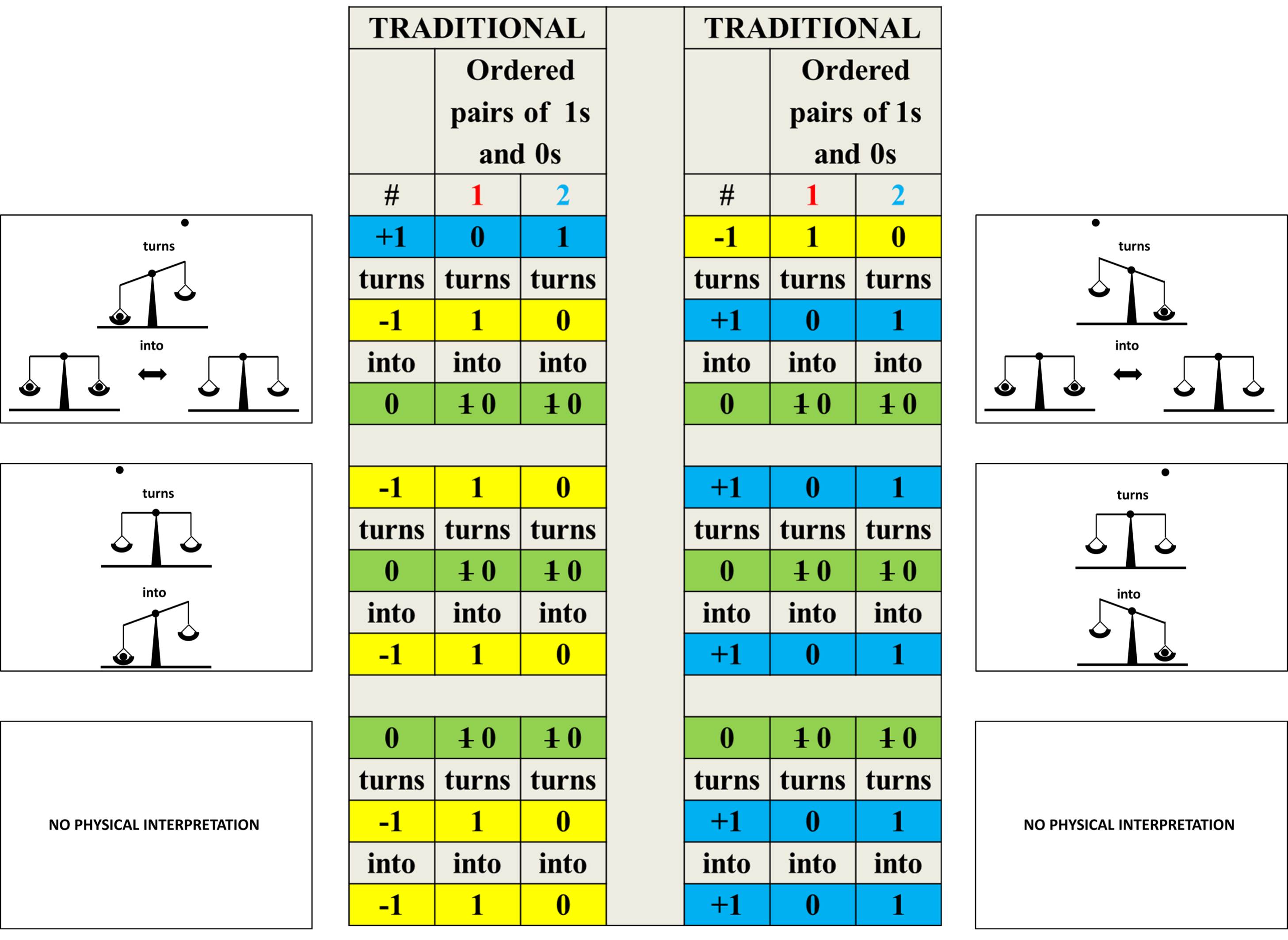 The new mathematics is constructed out of four ordered polarities (e.g. ↑ and ↓ or + and -). It finds physical representation in the rotation of space. 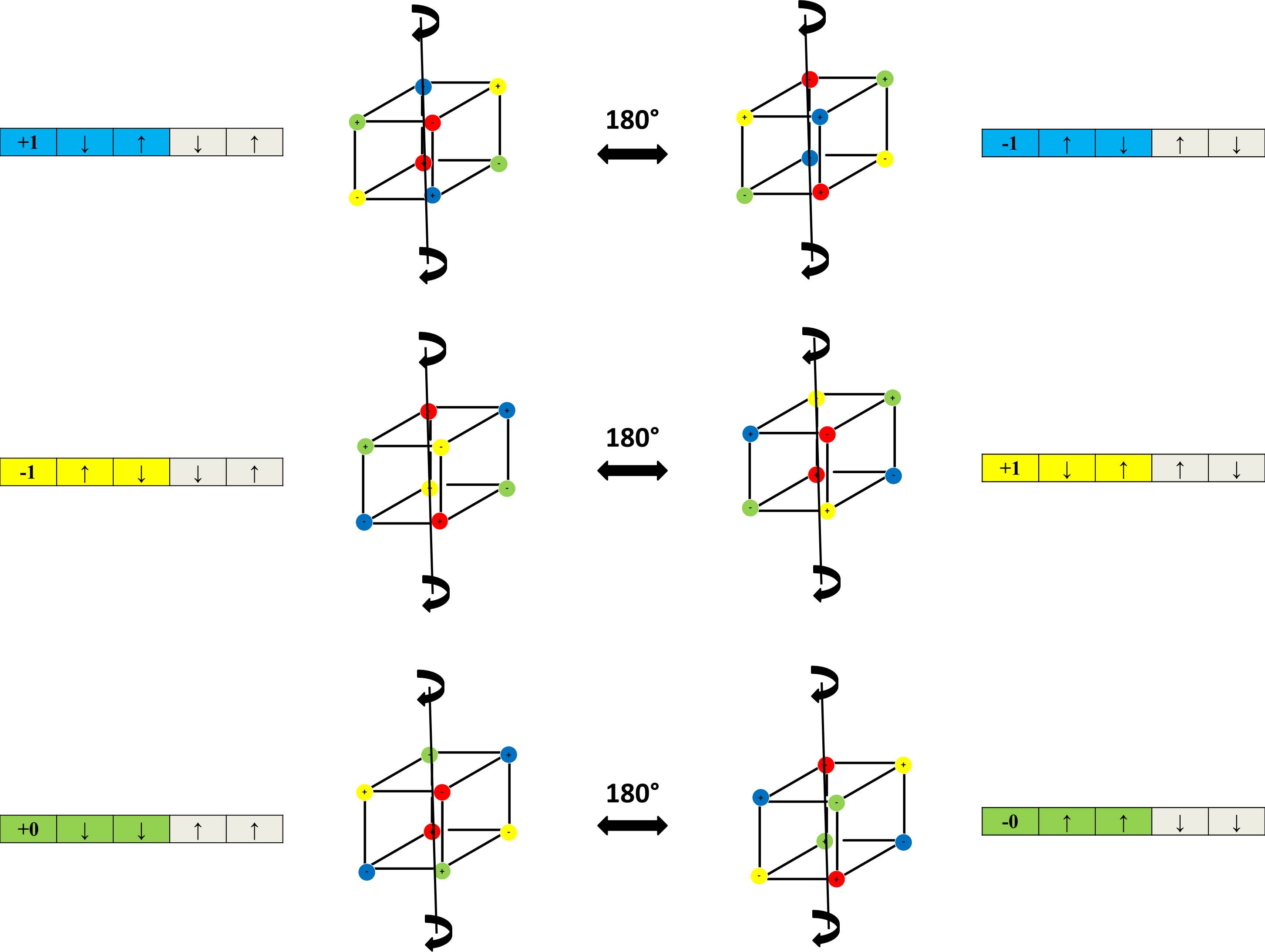 Hence all steps described by the mathematics can be implemented mechanically, by physical rotations.

That said, the mathematics is non-linear, in the sense that it is discontinuous, as in perceptual switching in the Necker cube effect. In that sense it may be better to describe the action of a number on another passively in terms of a first number being switched by a second number into a third number. The diagram below uses this switching terminology. 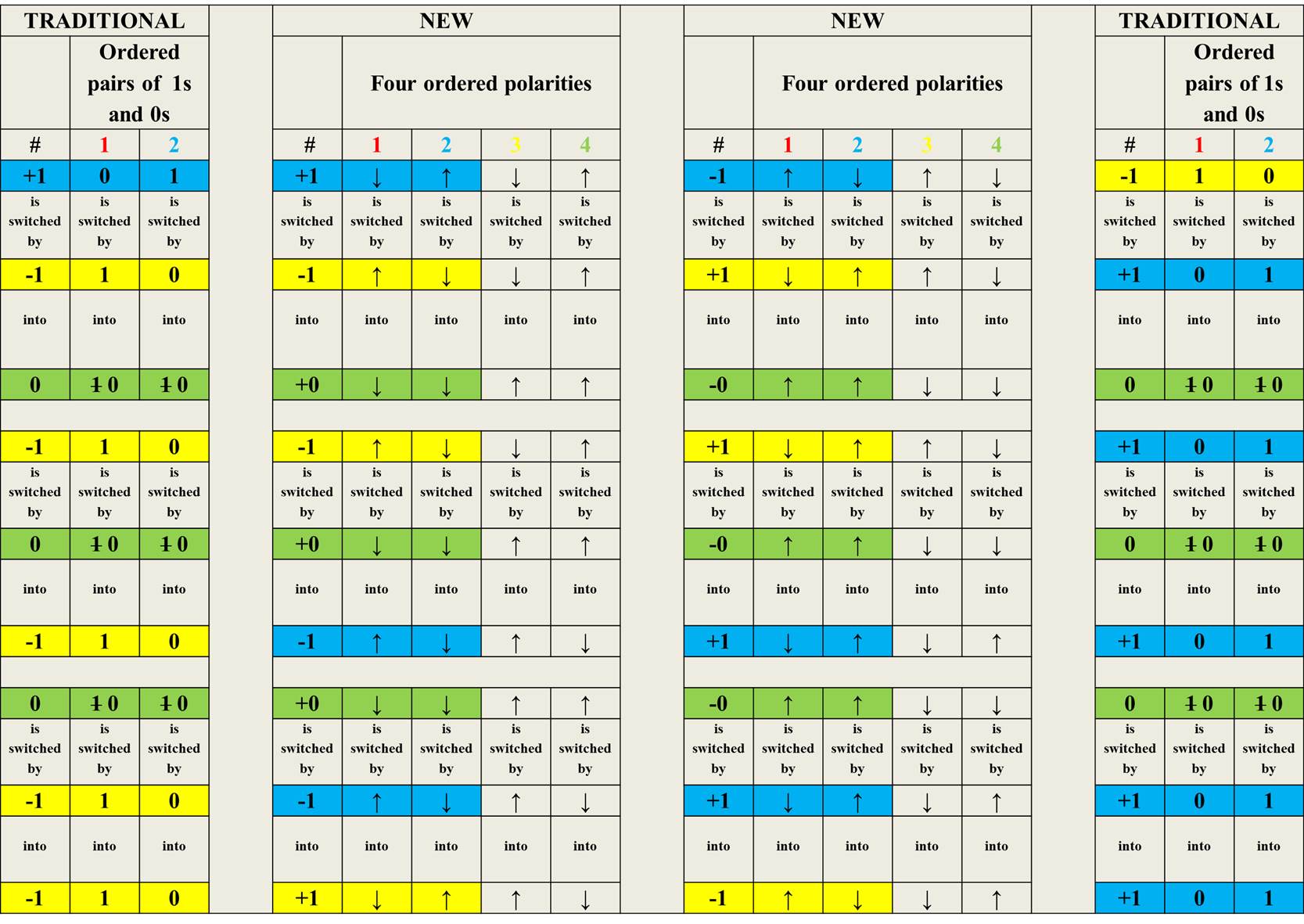