The genetic code is written in an ordered (5′ to 3′) sequence of bases selected from four different objects: A, U, G and C, each of which behaves as a complement of another: U ↔ A and G ↔ C. Each amino acid is coded by an ordered triplet of bases. The replication of the code and its transcription into a polymer of amino acids involves flipping between the code and its complement (3′ to 5′).

Each triplet and its complement can represented as faces on a chiral cube consisting of two interpenetrating chiral tetrahedrons. For example, a representation for serine is provided below. 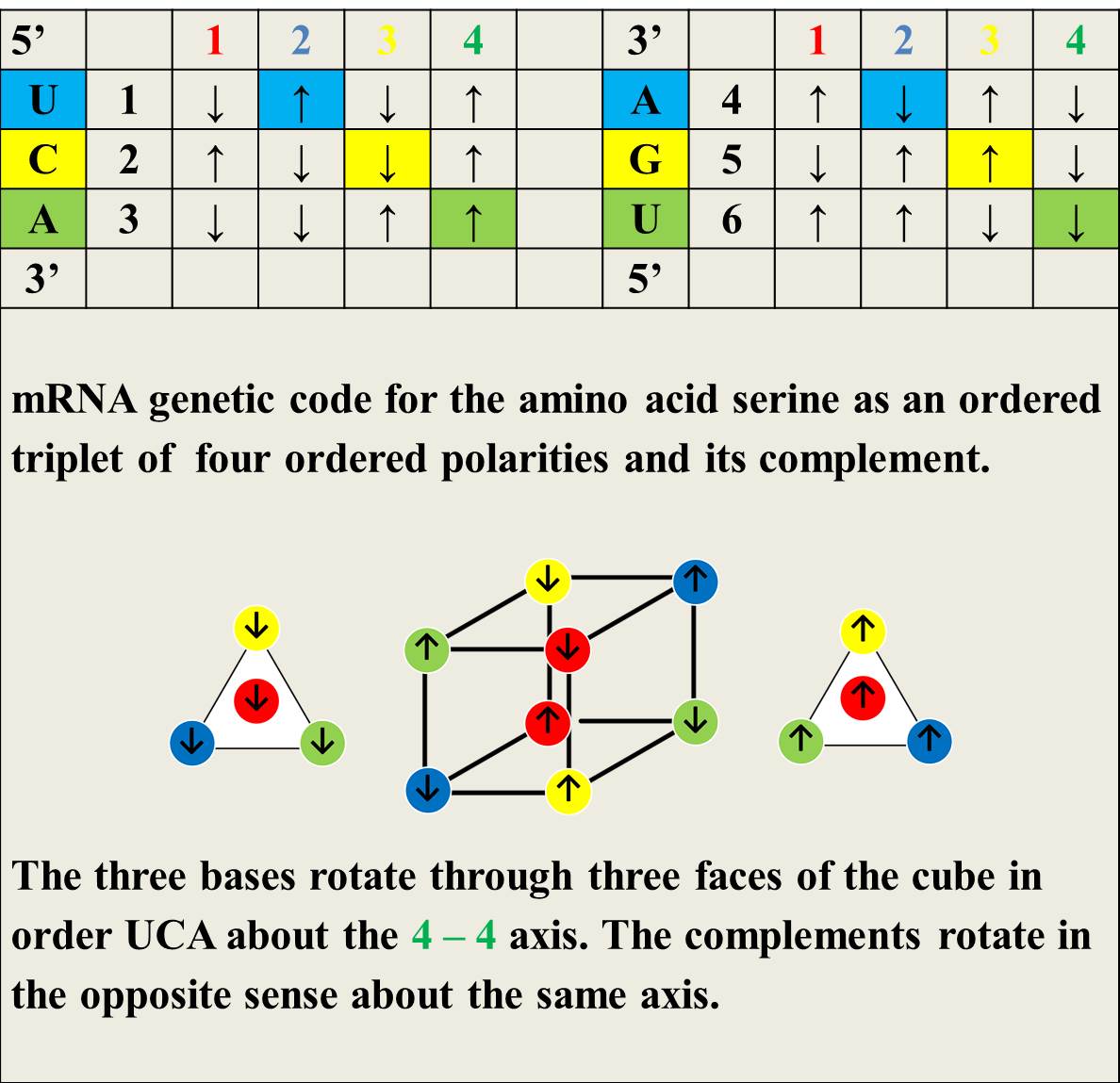 The relationship between the genetic code and the mathematics described in this website is a matter of ongoing study.