This section describes how the new mathematics could be applied to automate the exchange of goods and services.

It is envisaged that an apparatus could be constructed that would interact with cellphones and delivery vehicles provided with electronic locks such that users could physically exchange goods and services with one another without using any imaginary stores of value.

The exchange prototype contains two marketplaces for kinds of food, one for offers and one for wants. 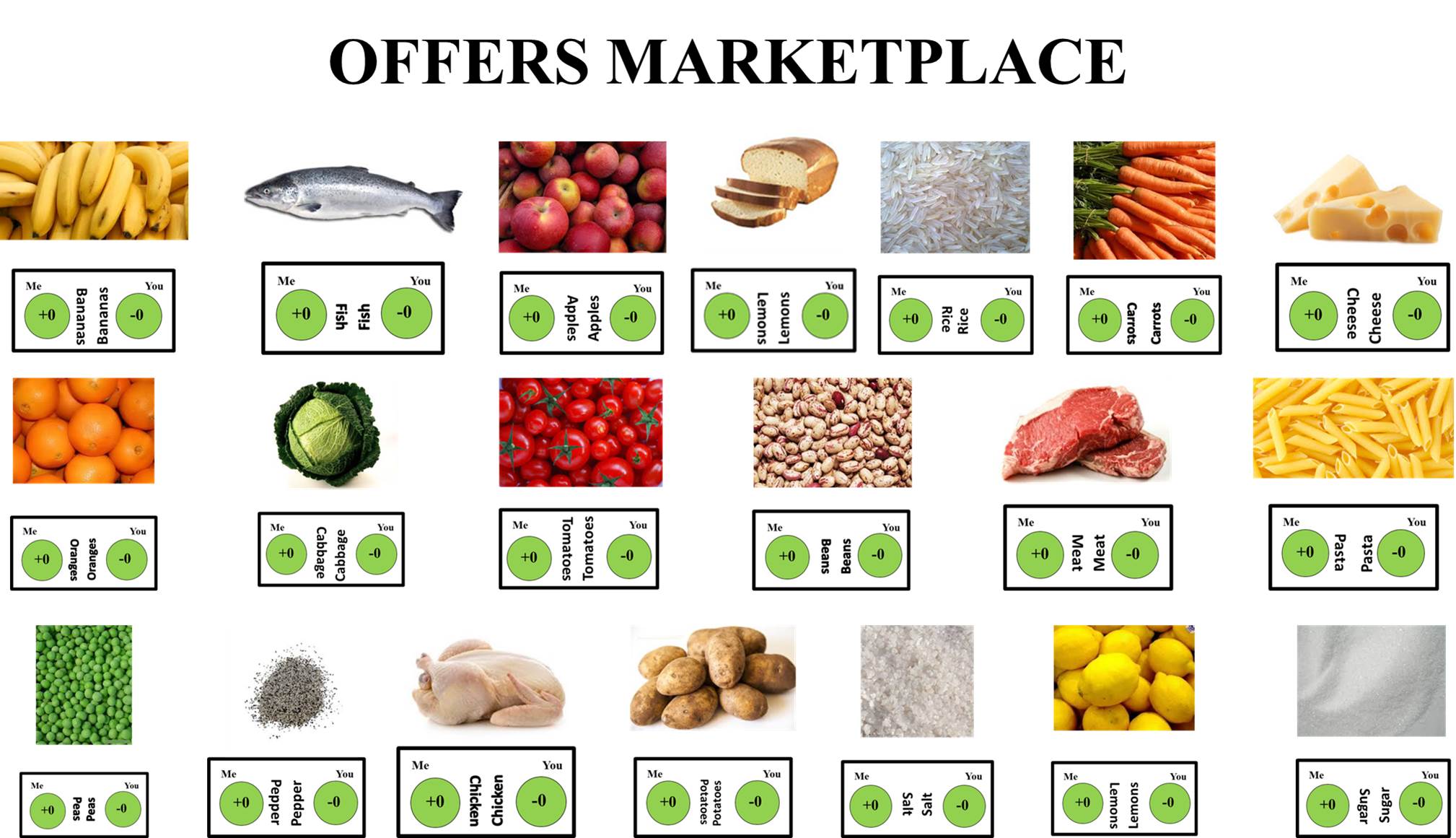 Users can visit either markeplace, because the system treats buyers and sellers symmetrically. 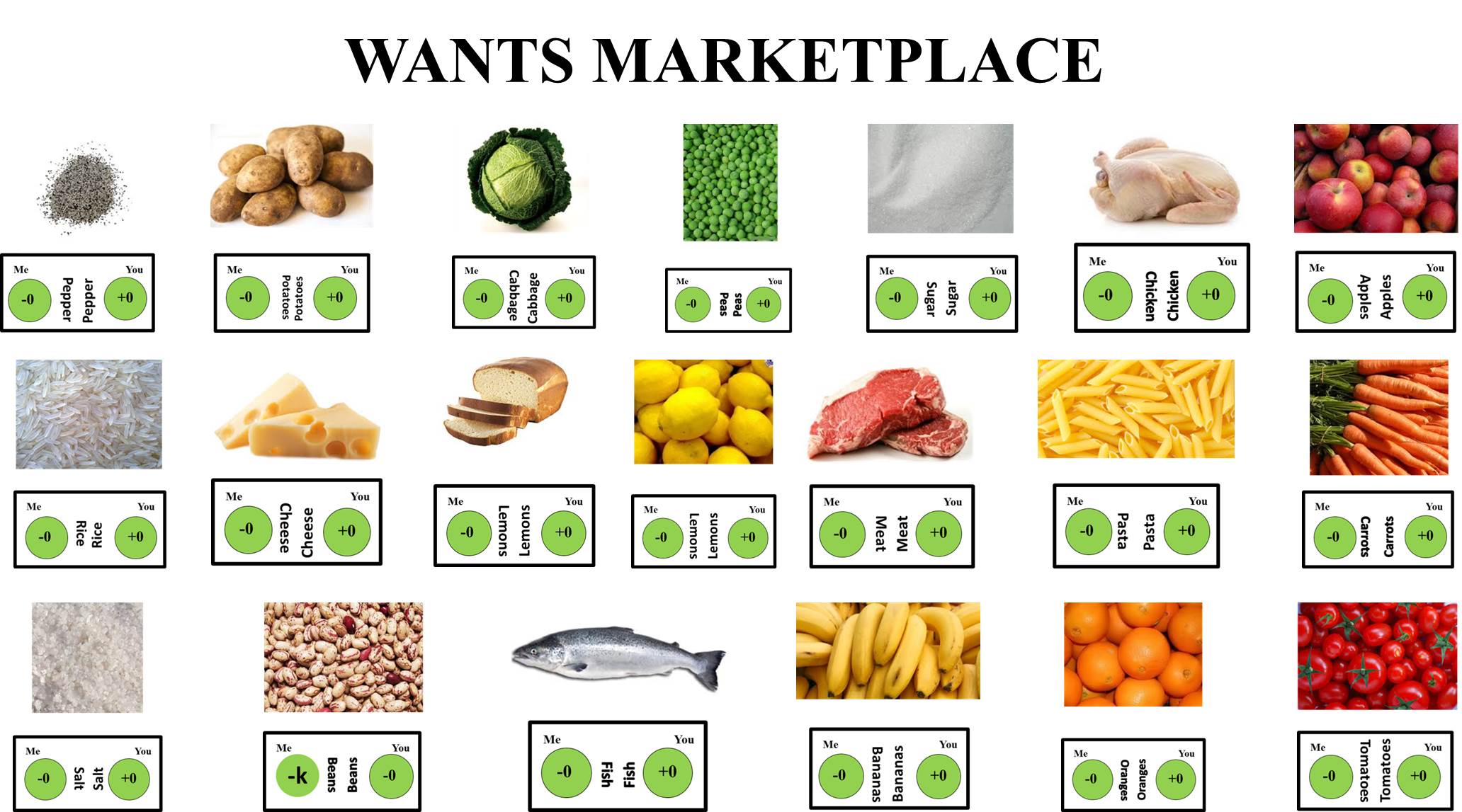 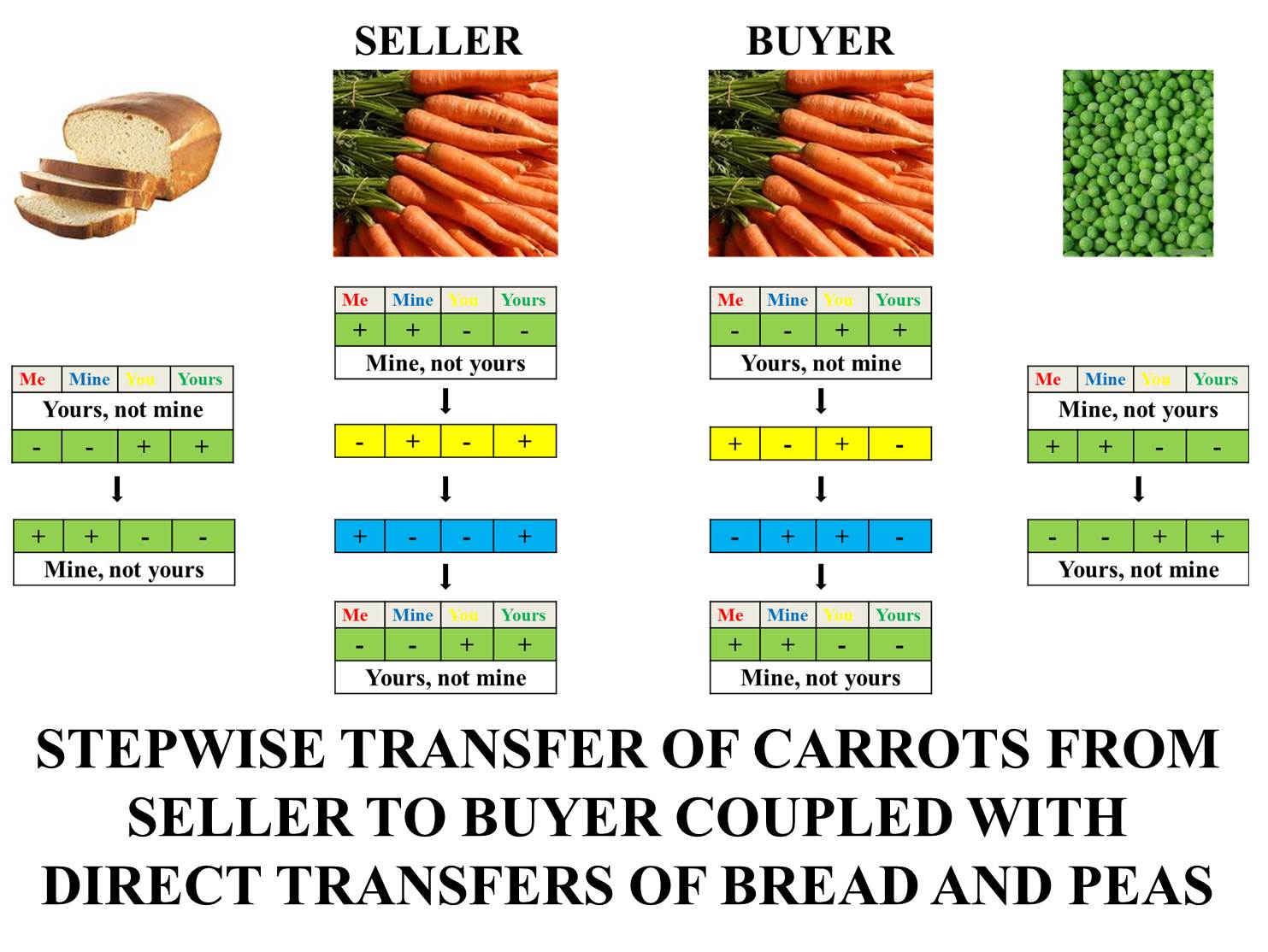 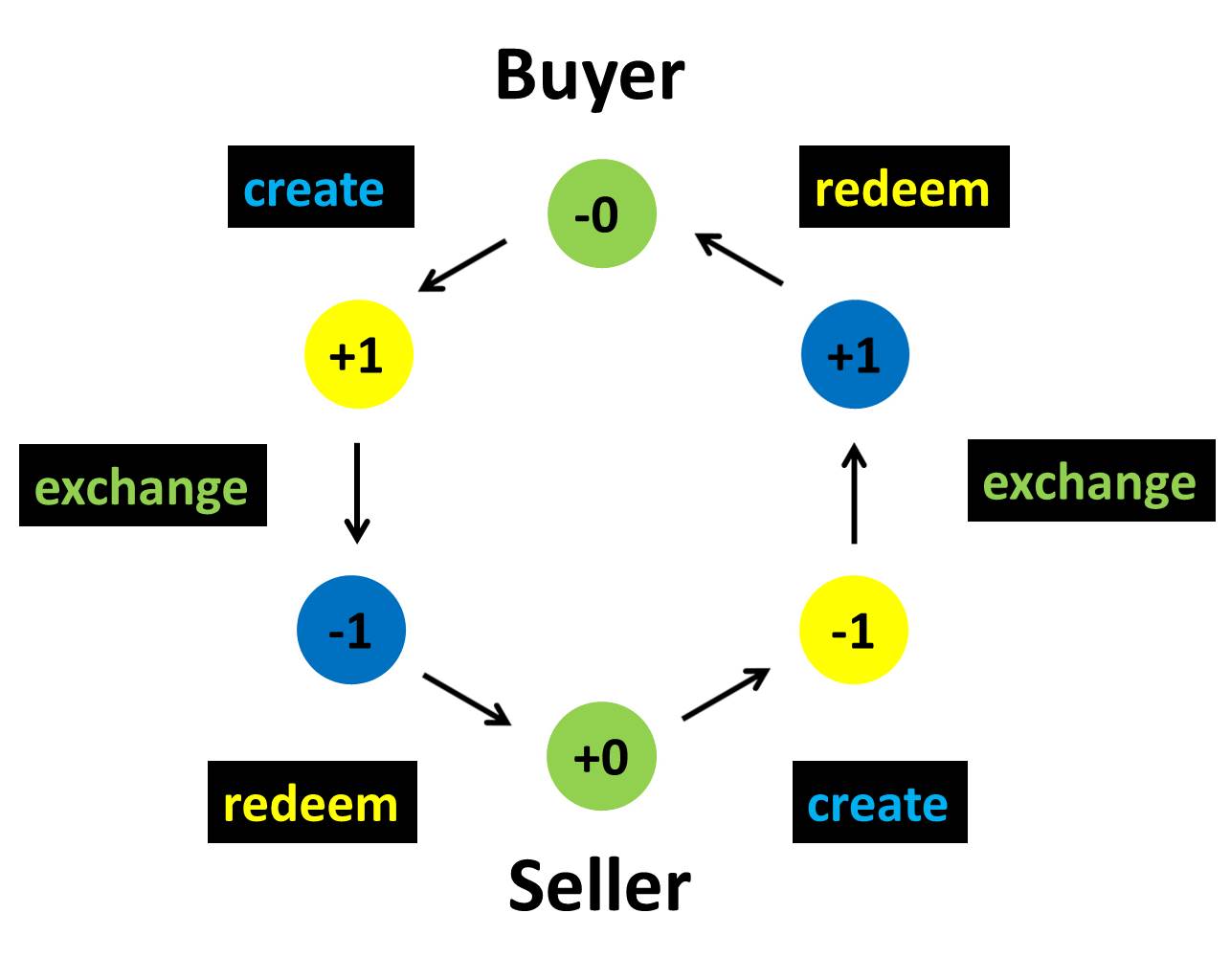 These new kinds of money are simply information: they have no intrinsic value. Each state change involves an exchange interaction that permutes the polarities in the numbers, as if cubes are being rotated from one face to another. 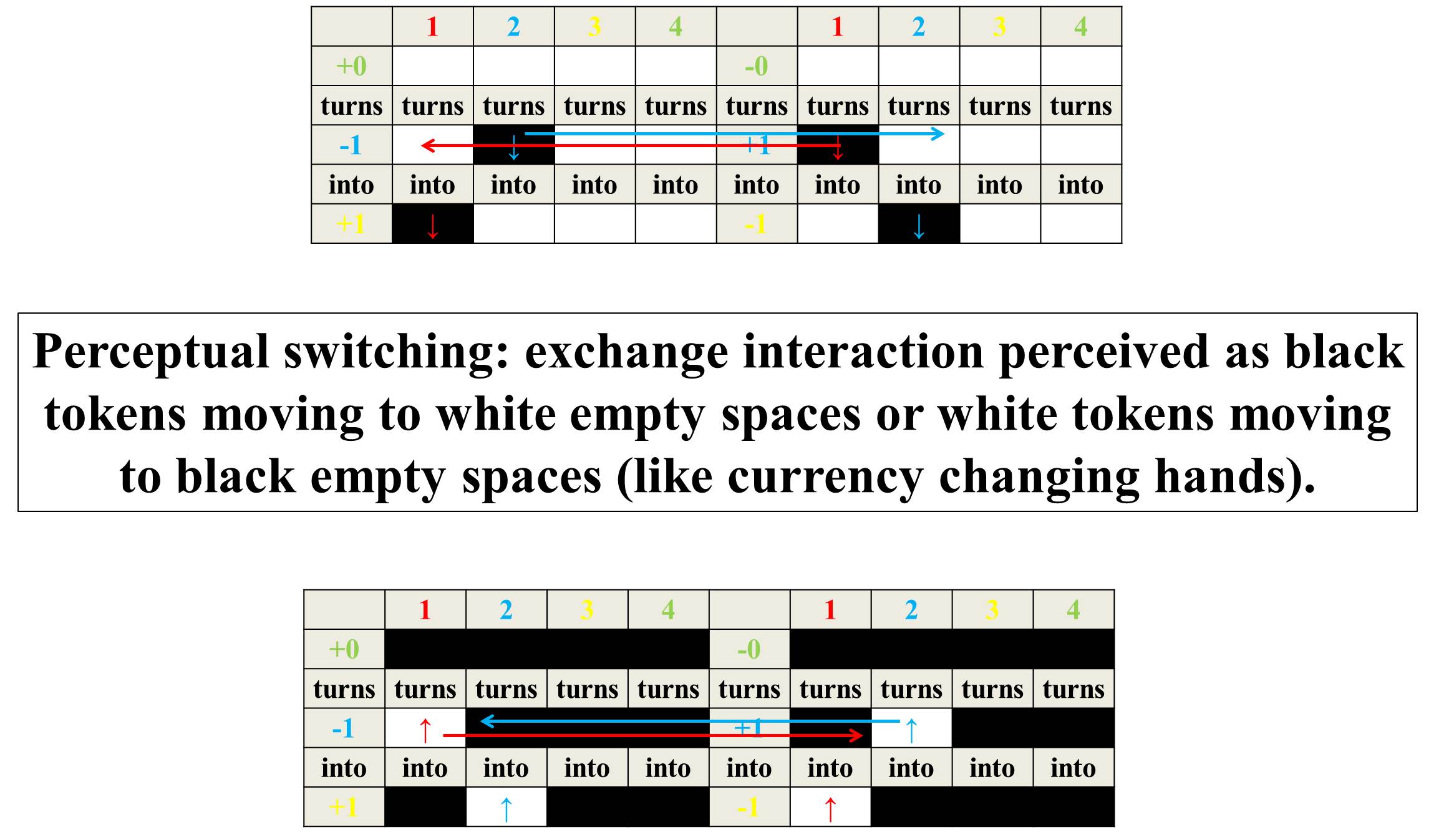