Chirality is a symmetry most familiar to people as the difference between the left and right hands. A tetrahedron having four different corners is chiral. It can exist in two distinct forms, known as enantiomers. Two interpenetrating enantiomers form a cube. 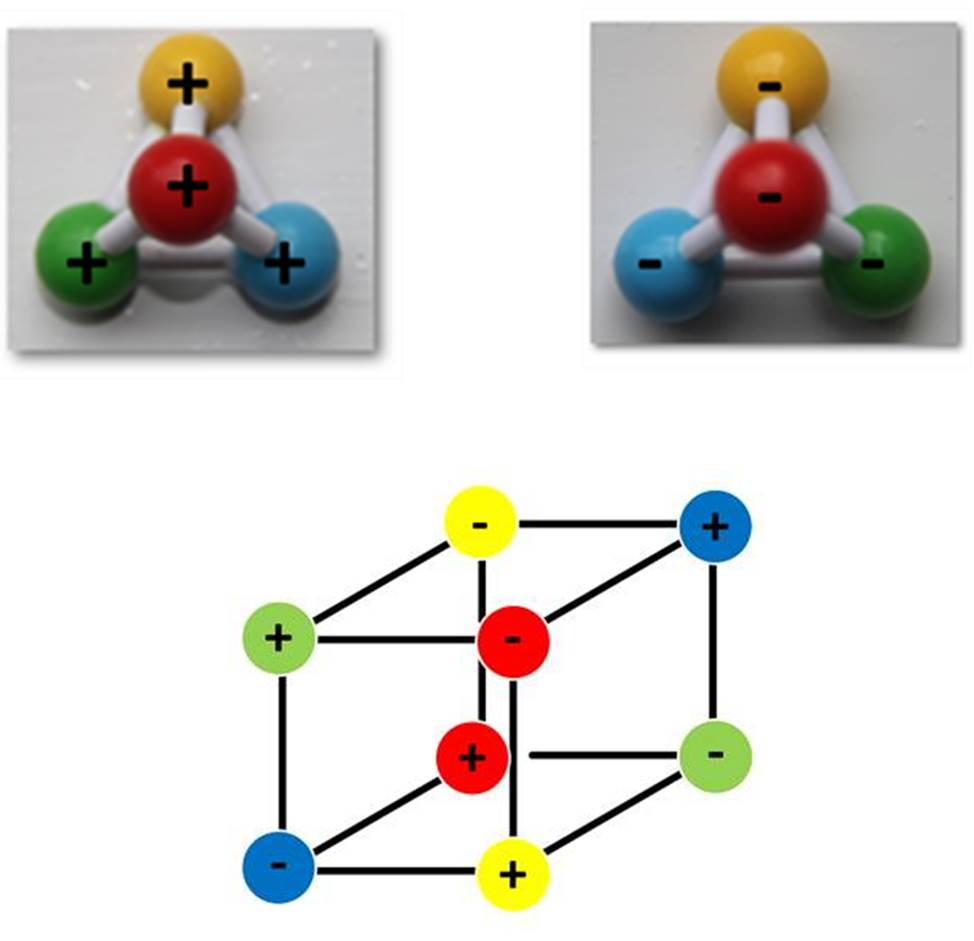 Carbon atoms can form chemical bonds with four different atoms or chemical groups. The bonds point towards the corners of a tetrahedron. Many organic molecules in living things are chiral, for example amino acids. Chemists represent these using what is known as the “Fischer Projection”. In this projection, the two atoms or groups projecting towards the viewer are shown on a horizontal line and those projecting away from the viewer are shown on a vertical line. 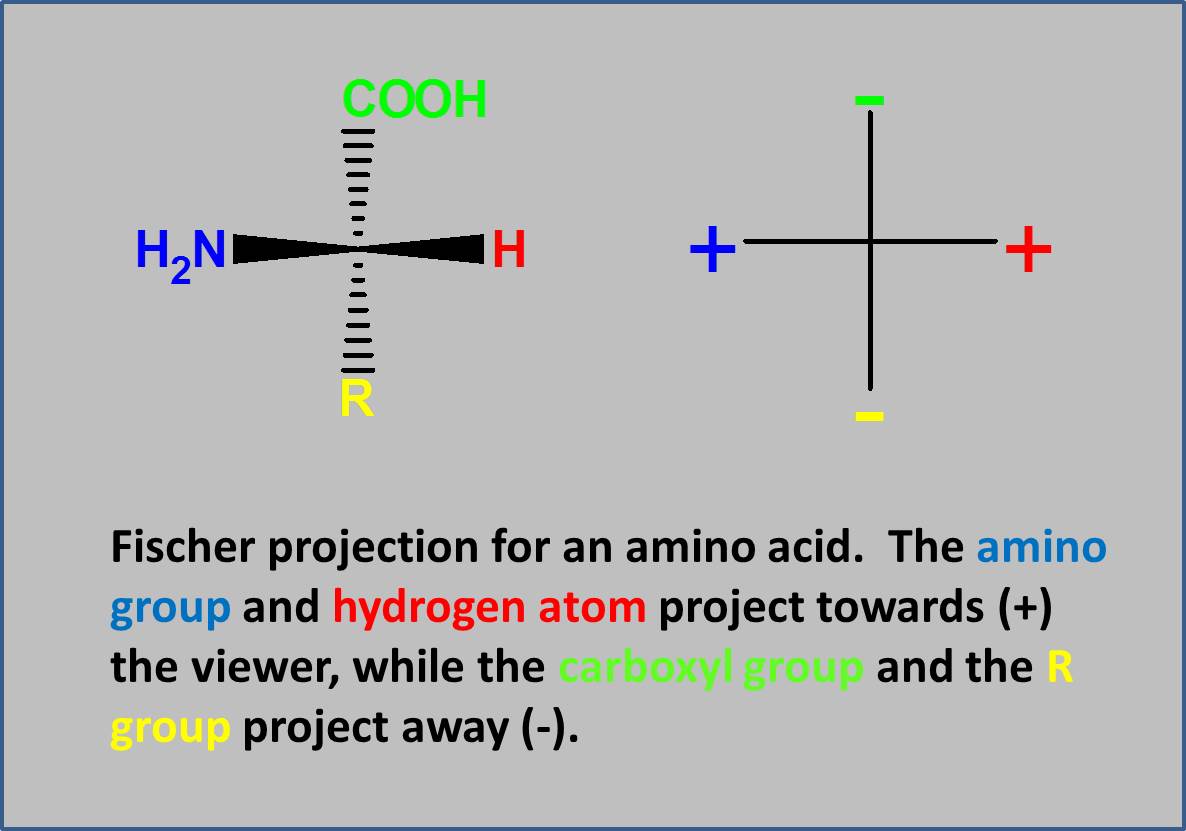 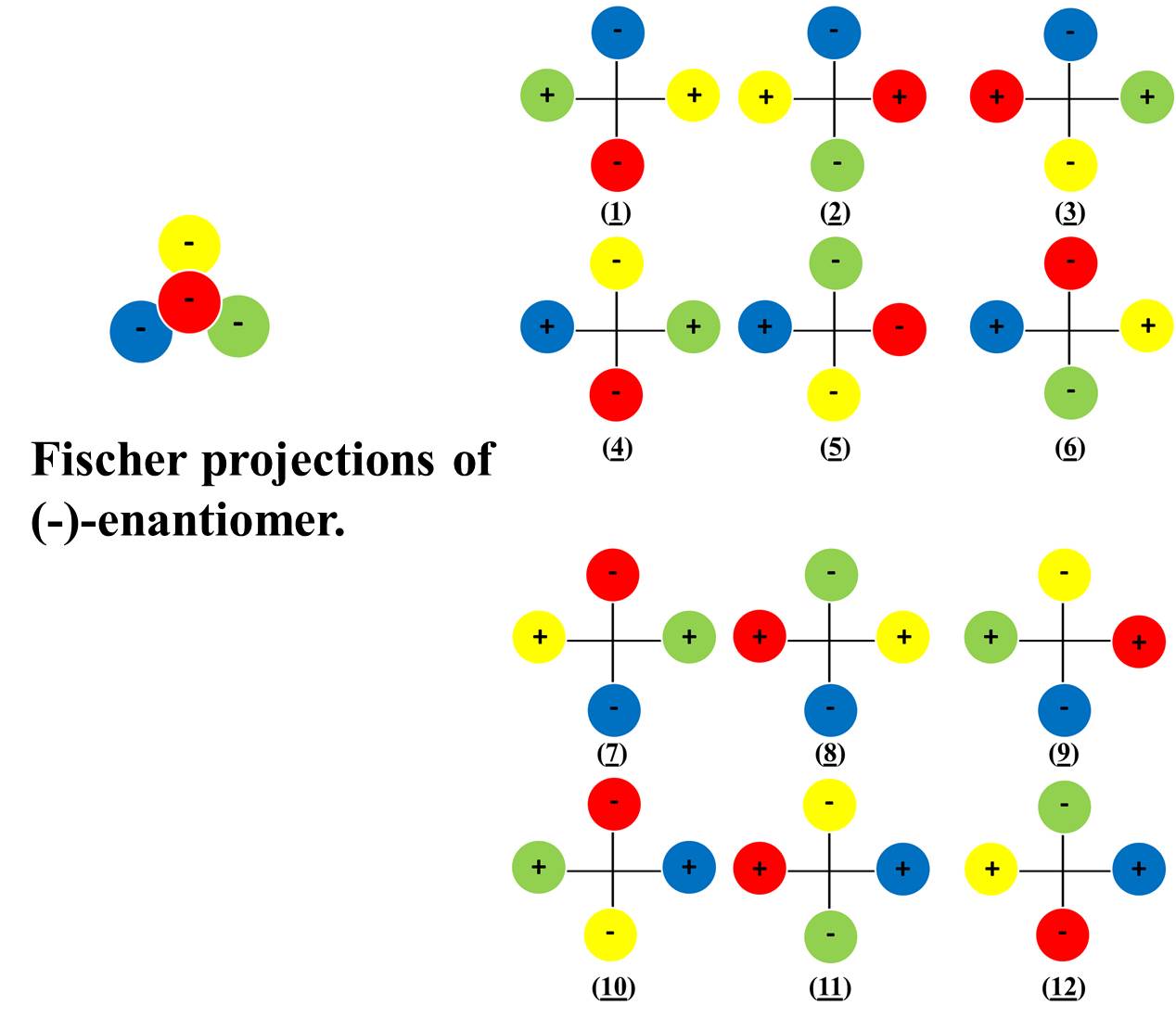 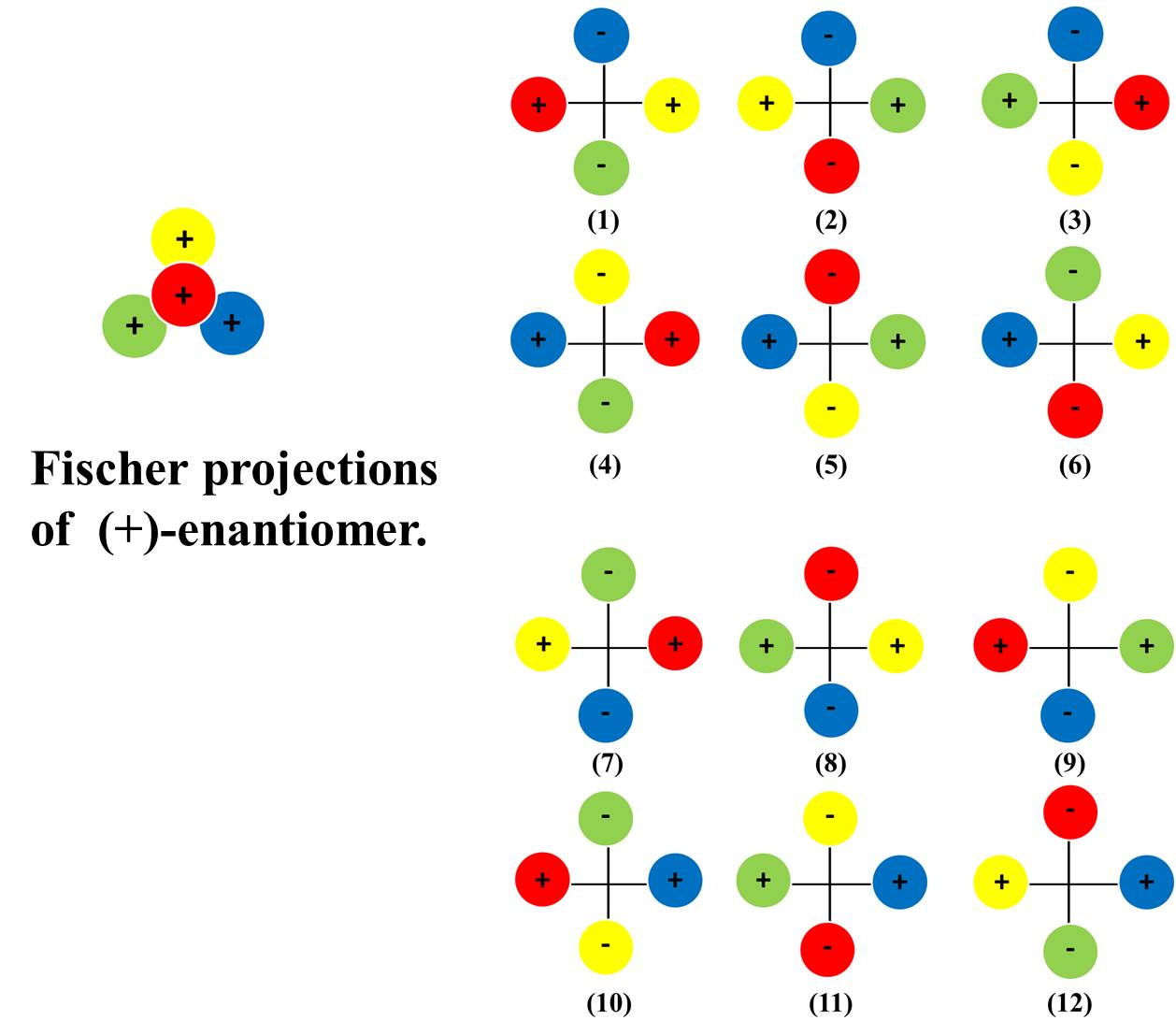 What distinguishes the two enantiomers is whether three of the groups (here yellow, blue and green) read clockwise or anticlockwise.

There is a deep connection between the Fischer projections and the quaternions: S. Capozziello and A. Lattanzi: “Chiral Tetrahedrons as Unitary Quaternions: Molecules and Particles under the Same Standard”: International Journal of Quantum Chemistry, Vol. 104, 885-839 (2005).

In turn, there is also a deep connection between the new mathematics and the symmetry properties of chiral tetrahedral molecules.